Despite the ultra-dry conditions, I decided to head back to Girraween National Park in September to spend three nights hiking and exploring some of the eastern parts of the Park. Water was easy to find as long as I stayed near Paling Yard Creek or one of the swamps, and it tasted fine after filtering. Daytime temperatures were in the low 20s C, so hiking in the middle of the day was a little warm, but the nights were still chilly and only a little above freezing.

I spent the first night at South Bald Rock bush camping area - there are no facilities there, just a flat, grassy area at the base of South Bald Rock where you can comfortably pitch a tent. Just after dark I was startled when my head-torch picked up the reflections of two big eyes a short way up the rock face - the animal took off when I stood up and made a noise, and a few minutes later I spotted the eyes peering back at me from further away through the trees before they disappeared. The eyes were big but the animal seemed to be about cat-size - I'm pretty sure it was a quoll, and if so, it would be one of only two I've ever seen in the wild.

Next morning before sunrise I hiked half an hour to a vantage point on the lower slopes of West Bald Rock that I'd discovered on a previous trip. It requires a steep but easy scramble up an exposed granite slab, which puts you above the eucalypt woodland and in clear view of Middle Rock around 300m away. I spent the next hour or more with my little Olympus camera and tripod framing scenes of Middle Rock and the surrounding woodland, watching the light slowly dawn over the landscape, listening to the forest birds gain their morning voices, and smelling the sweet scent of flowering wattles in crisp, morning air. 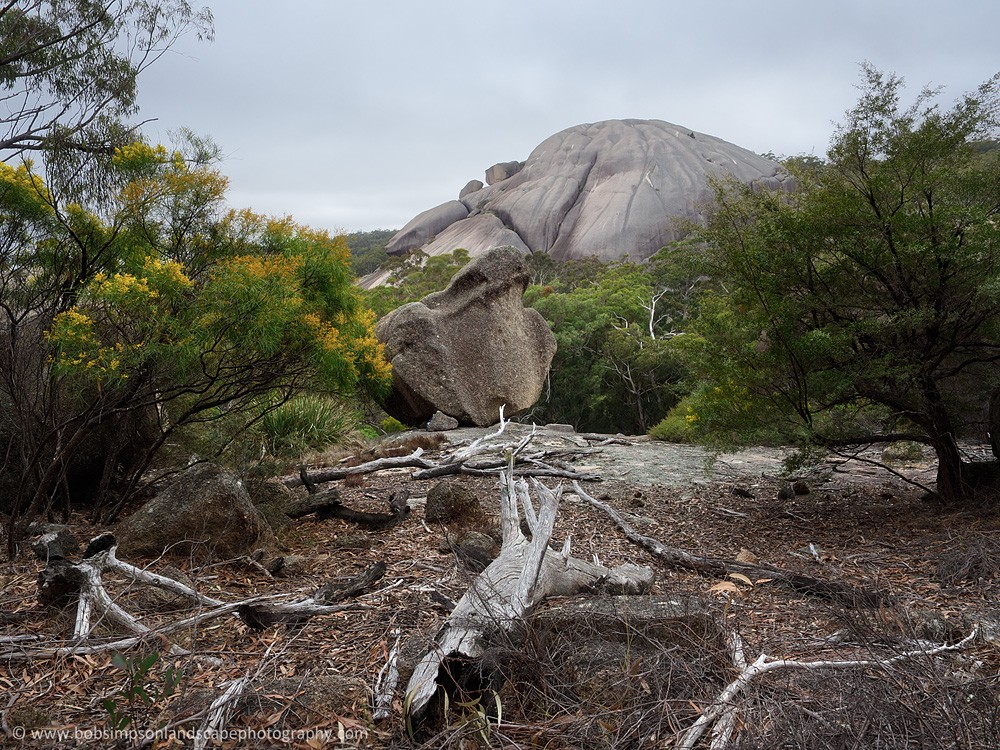 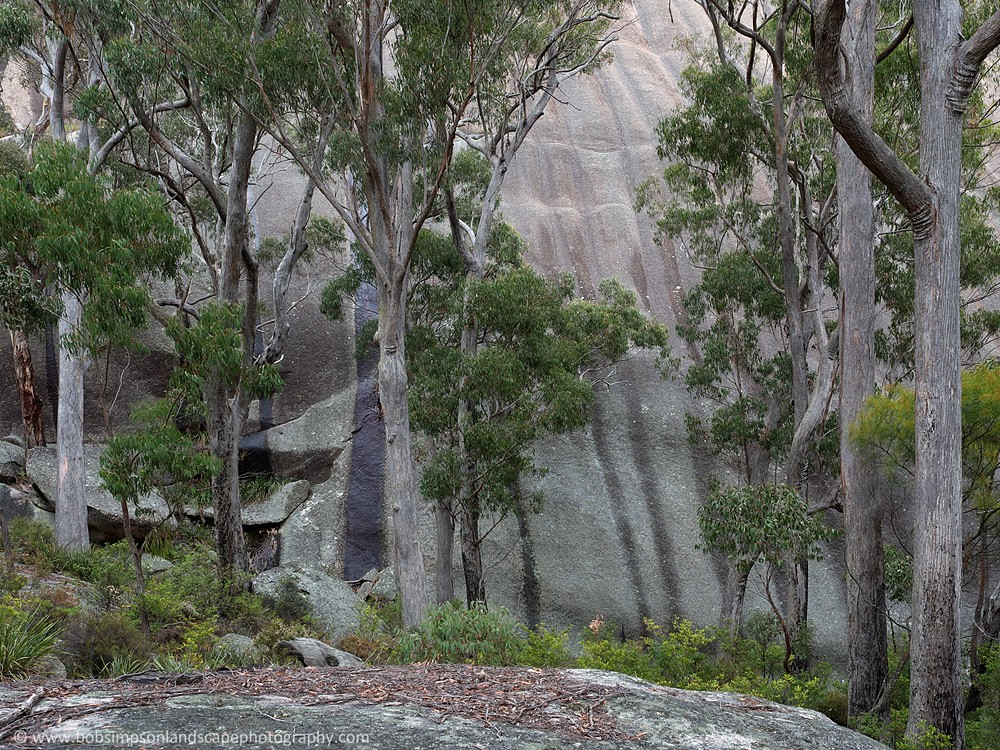 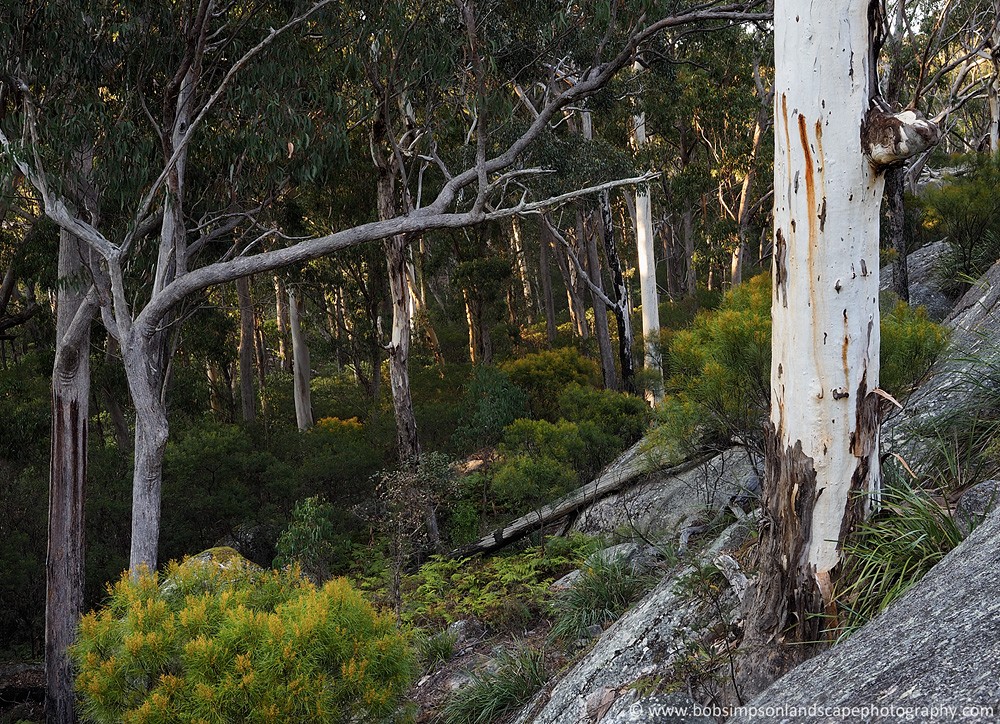 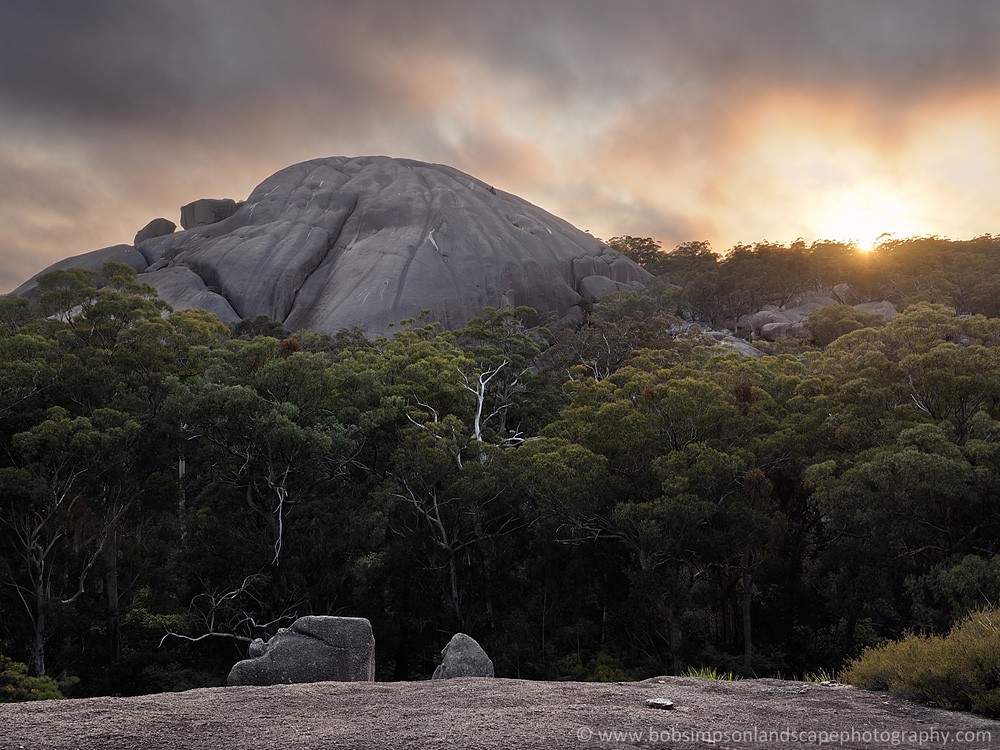 Over the next two days, I leisurely made my way back towards the trail-head, mainly following the course of Paling Yard Creek but detouring in places to investigate interesting looking rock formations and views. The walking is generally easy in this area - there are no significant ascents or descents until you leave the trail to scale one of the massive granite tors. Some small areas were previously cleared for farmland and are only slowly regaining their natural character after many years protection in the National Park. Kangaroos and wallabies are common, especially in the open, grassy areas, and while feral pigs are present, I saw no sign of them or their diggings on this trip. 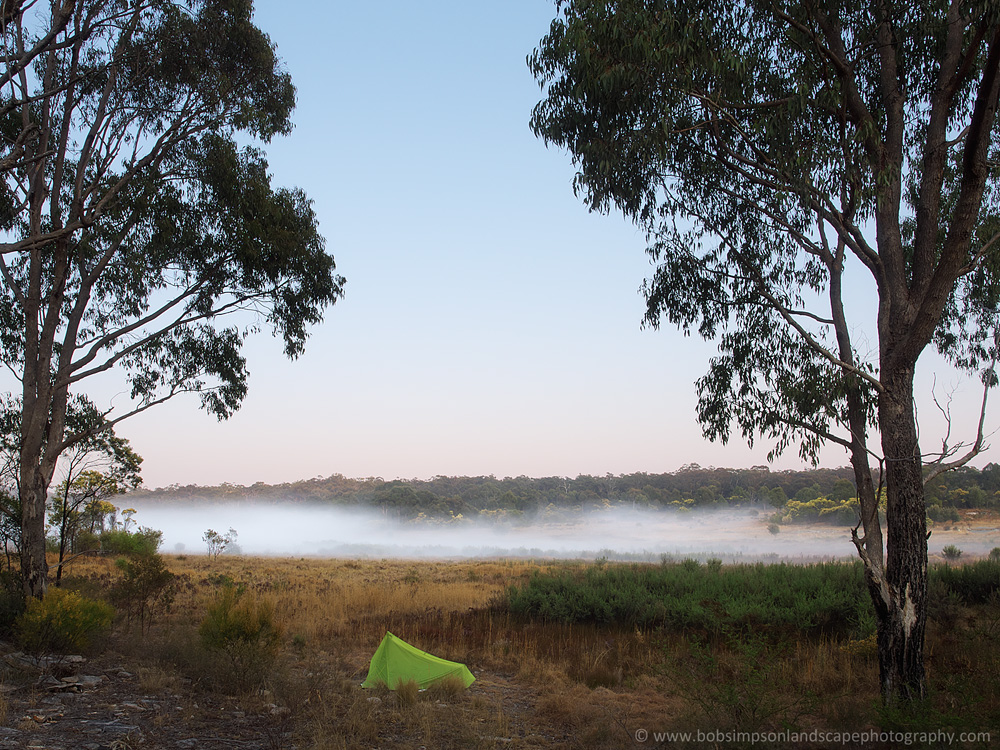 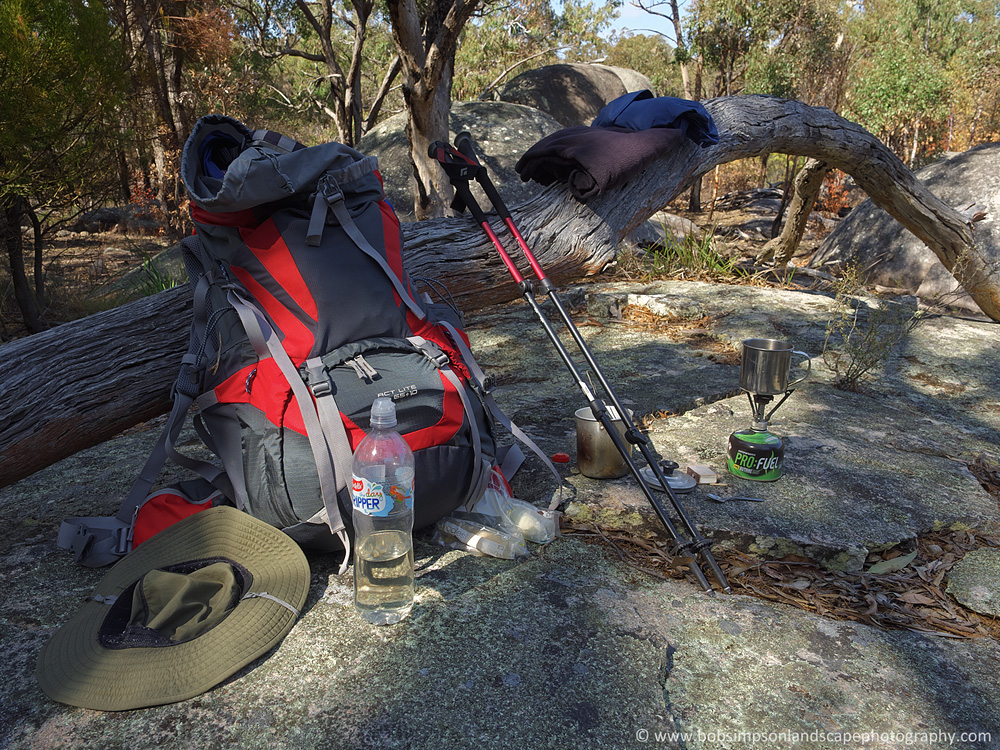 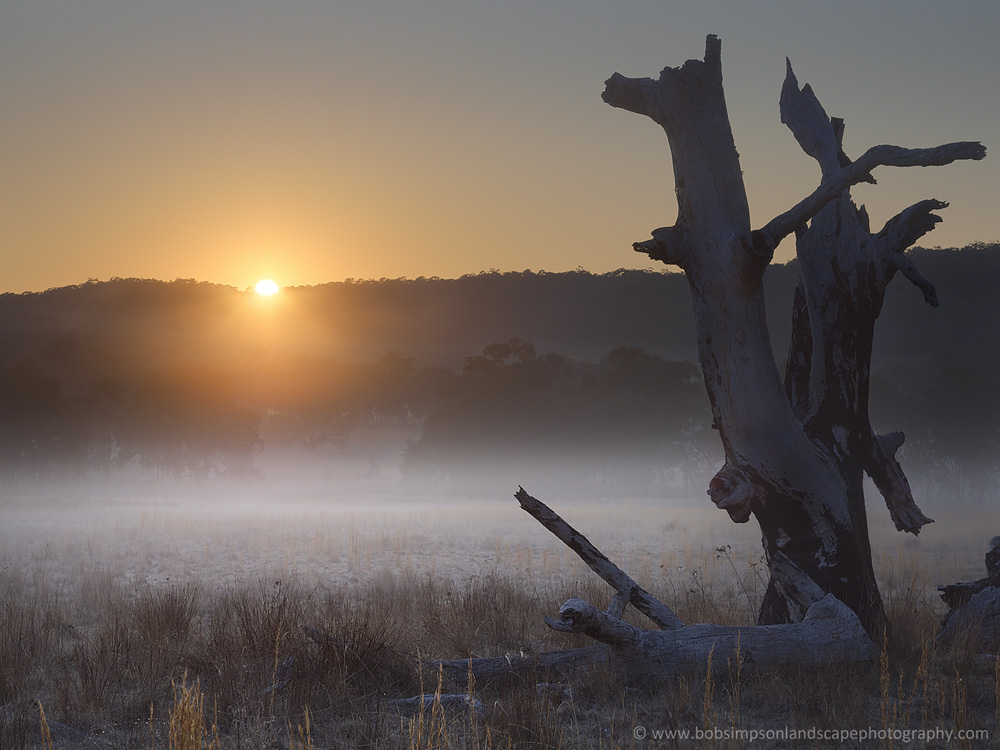 After three days of traversing hard, rocky ground, and three nights of lying on it (cushioned, of course, by my inflatable mattress!) I was ready to head back to civilization. The walk back to the car after a trip like this always feels a little bittersweet - the comforts and food awaiting were high in my mind, but there was also a very real feeling of leaving behind an adventure that had kept me completely engrossed for three days and nights...and I knew I would be missing it as soon as I got home. Planning for my next trip to Girraween began well before I was back at the car.

Summit Falls
Locations
I first heard of Washpool National Park more than 25 years ago when I was given a coffee-table book of Australia's wilderness areas for Christmas. To a boy from a farm in rural Victoria,  the ima...
6898 Hits
2 comments
Read More
Back to top