On Foggy Valleys and the Question of Luck

Earlier this year I visited New England National Park for the first time and hiked to Wright's Lookout to capture the sunrise (see New Horizons). The grandeur of the scene that erupted out of the fog around me felt like a once in a lifetime experience - one of the thoughts that went through my head at the time was that I would never have witnessed the spectacle if I'd arrived a week or even a day earlier or later. How lucky was I to choose that particular morning?

The real question I should have asked was how many other mornings could I have chosen and been equally blown away by the grand view bathed in morning light? In reality, probably lots! The fact that I spent one morning out of 365 in the past year at Wright's Lookout and witnessed an unforgettable scene suggests to me that this sort of thing happens more often than you'd think...either that or I'm an incredibly lucky person and I don't think that's the case.

Of course, those of us who put a lot of effort into being at the right place at the right time with our cameras know that it doesn't always come together as we'd like. But every time we do put in the effort, there are opportunities there for the taking - the natural world is a magnificent place every day of the year and our success in bringing home images worthy of keeping and sharing comes down to our ability to tap into the moment and work with the conditions we are presented with.

This was one of the themes running through my head as I hiked along the Sunshine Coast Hinterland Great Walk last week - I knew basically what to expect from previous visits to the area, but would the planets align and give me something special, or would I put in all this effort and come home with no new images of any consequence? 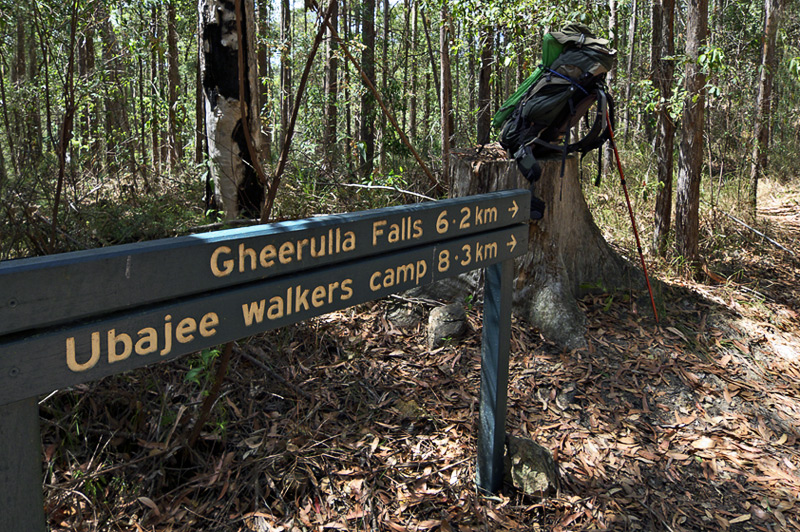 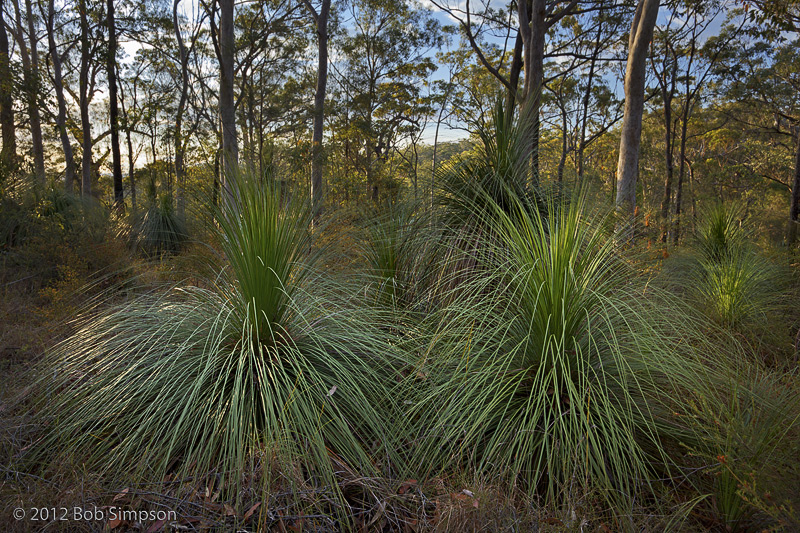 I arrived at a deserted Thilba Thalba Walker's Camp just after midday. After setting up camp and having a bite to eat, I loaded my camera kit and some basic safety gear into a small pack and set off for my chosen photo location, the Thilba Thalba viewpoint, some 25 minutes walk  further up the track.

The viewpoint sits atop a rocky outcrop overlooking the Gheerulla Creek valley. As I climbed to the top of the steep track, the heavy rain that had accompanied the last 15 minutes of my walk began to clear away leaving a vibrant, clean atmosphere hanging over the heavily forested, upper creek-valley. The view was punctuated by patches of sunlight and shade, and heavy rain clouds still rested on the distant hills.

I captured a number of images as the sunlight played across the wet landscape, and eventually settled on this one (below) as my pick of the afternoon. Most of my best images are taken closer to sunrise or sunset, but I like the clarity of this one and the ominous look of the clouds. 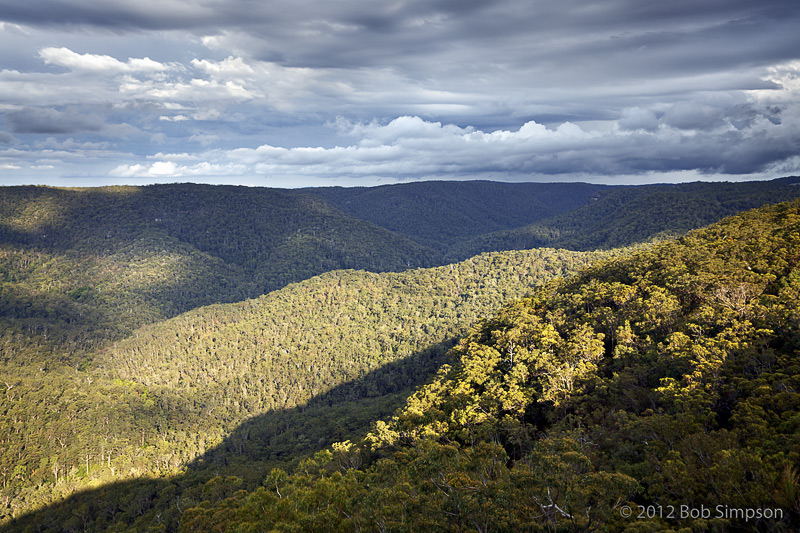 Twenty metres back from the top of the track, another vista opens up to the north and the lower creek-valley, with areas of cleared farmland dotted across the landscape. The afternoon light was hazy and a little bland in this direction, but I found a vantage point unobstructed by the shrubby vegetation and captured this 3-image panorama of the expansive scene.

As evening approached, the light became quite dull and uninteresting, and given the limited photographic options on offer, I was feeling increasingly unenthusiastic about coming back in the morning. Still, I didn’t know of any better options nearby, and I’d come to Thilba Thalba specifically to photograph the view from this spot, so I decided to stick to my original plan.

At 4.20 the next morning, I climbed back up the rocky trail by torchlight expecting a similar scene to the one I’d left behind the previous evening. Instead, I was confronted with a completely transformed view...a thick blanket of fog filled the valley to the north, with only the crests of a few low hills protruding through the white blanket, and a low moon shone like a spotlight down on the fairy-tale scene. It was a completely unexpected ‘wow’ moment that had me thinking how lucky I was to have decided to come back to this spot on this particular morning.

For the next hour and a half I framed and captured as many images of the scene as I could  - wide views, telephoto views, with and without the moon, and changing colours and patterns in the fog as the sun came up. My time up at the viewpoint seemed to go by in five minutes, and even after I'd filled a memory card and the morning sun had risen high enough to cause a lot of glare, it was still hard to drag myself away from the scene.

This is another 3-image panorama taken from the same spot as the one above....what a difference 12 hours can make! 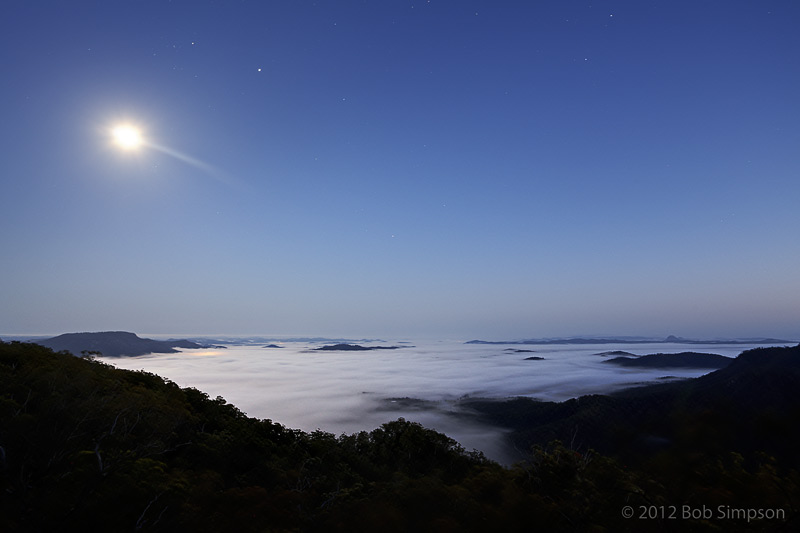 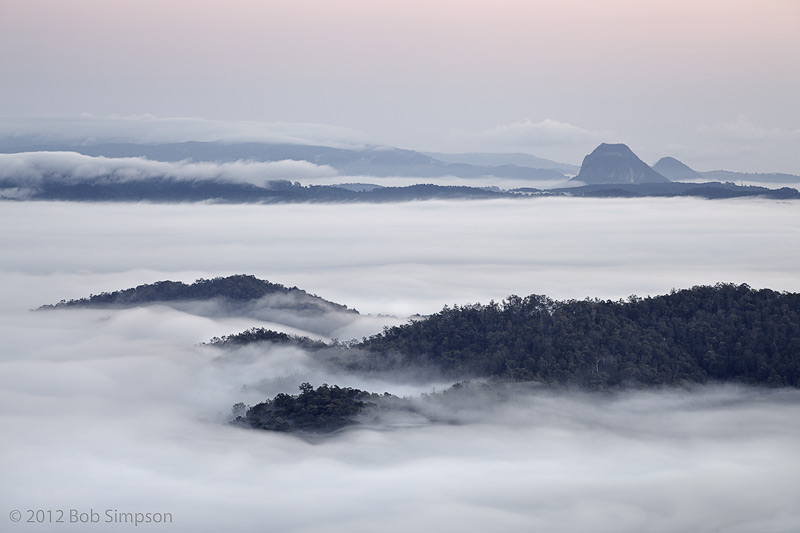 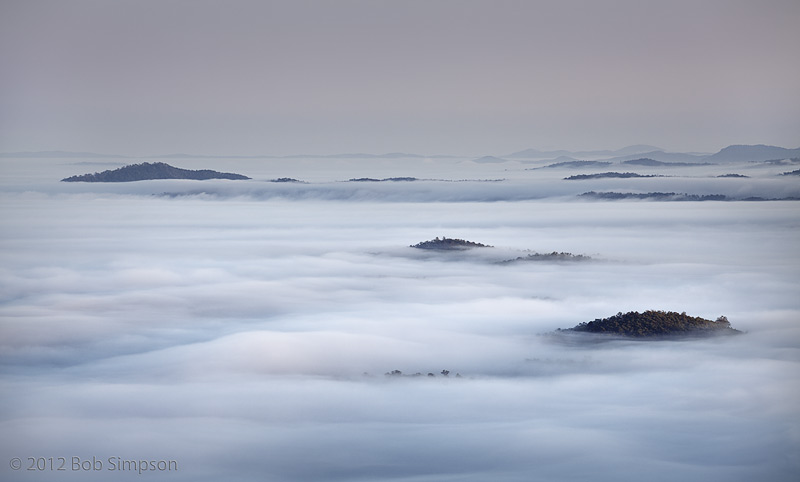 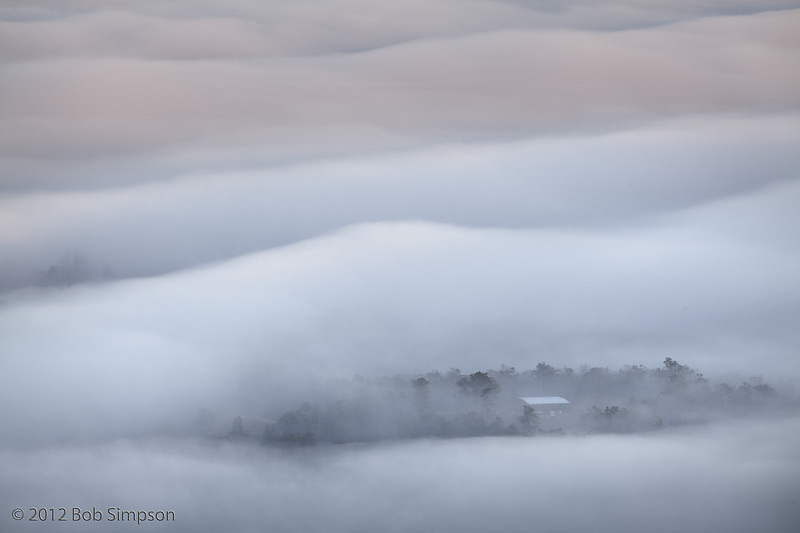 And I didn't ignore the fact that the sun was rising over the upper valley behind me - it was only a short dash between the two vantage points so I could keep an eye on both options as the morning light changed. The wisps of mist drifting up the valley gave an ethereal feel to the scene, and the intense but short-lived colours of sunrise capped it off beautifully. 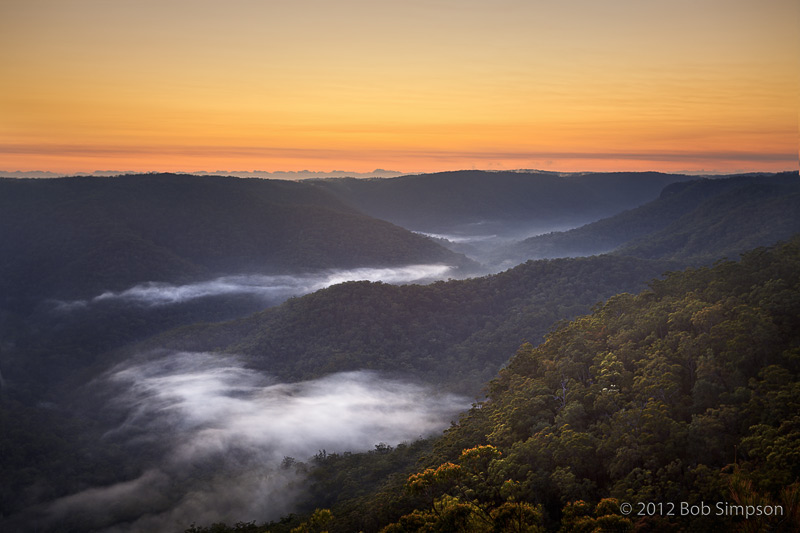 Walking back to camp in the fresh morning air, my thoughts drifted back to my apparent luck at witnessing and photographing such a beautiful scene. Yes, there was some luck involved – it could have been raining, or the light could have been particularly flat and uninteresting, or I could have turned up the next day and there might not have been any fog.

But really, I’d made my own luck by just being there and being ready to respond to whatever was on offer. I’m struggling to think of a sunrise photo shoot where I’ve walked away empty-handed or been disappointed with the experience. If there had been no fog in the valley, there would still have been opportunities available to make some very good images – the opportunities might not have been so obvious, but conditions that are less than spectacular can force you to delve a little deeper into what it is about the landscape that commands your attention. And unless your mind is completely in the wrong place, there will always be something you can tap into with your camera.

I think for any photographer, no matter the level of experience, every session provides an opportunity for us to create our ‘best ever’ image...if such a thing exists. It doesn’t need to be an exotic location or exceptional conditions, but we do need to be open to what is happening around us, and be ready to respond to the moment. Occasionally, we’ll be extra lucky and find a valley filled with fog, but really, luck is only a small part of the equation. And we have more control over our luck than we might think. 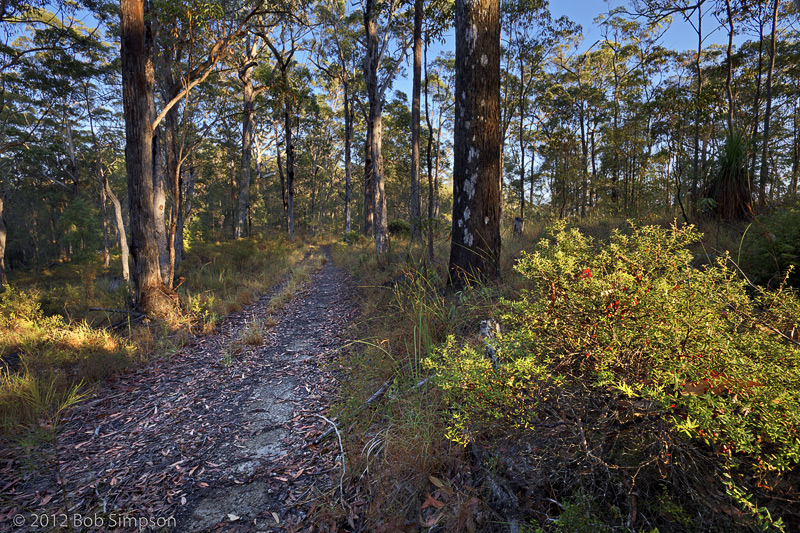 Summit Falls
Locations
I first heard of Washpool National Park more than 25 years ago when I was given a coffee-table book of Australia's wilderness areas for Christmas. To a boy from a farm in rural Victoria,  the ima...
6899 Hits
2 comments
Read More
Back to top