This month I spent three days hiking the eastern parts of Girraween National Park. This area is much less visited than the more popular parts of the park near the information centre, but it has the same eye-catching granite formations and eucalypt woodlands that the park is famous for.

I camped the first night on the edge of Dingo Swamp, one of the open reedy expanses in this area that filter and channel runoff into several local creeks. The scenery here might not be as spectacular as in other parts of Girraween, but it made a very comfortable camp for the night. Late afternoon was punctuated by the raucous calls of black cockatoos finding their roosts for the night, and later in the evening, the eerie, dog-like yelps of local dingoes carried across the swamp. I surprised two dingoes on the trail the next morning...they took off at top speed in the opposite direction, not to be seen again.

The first five images below are from my short stay at Dingo Swamp. 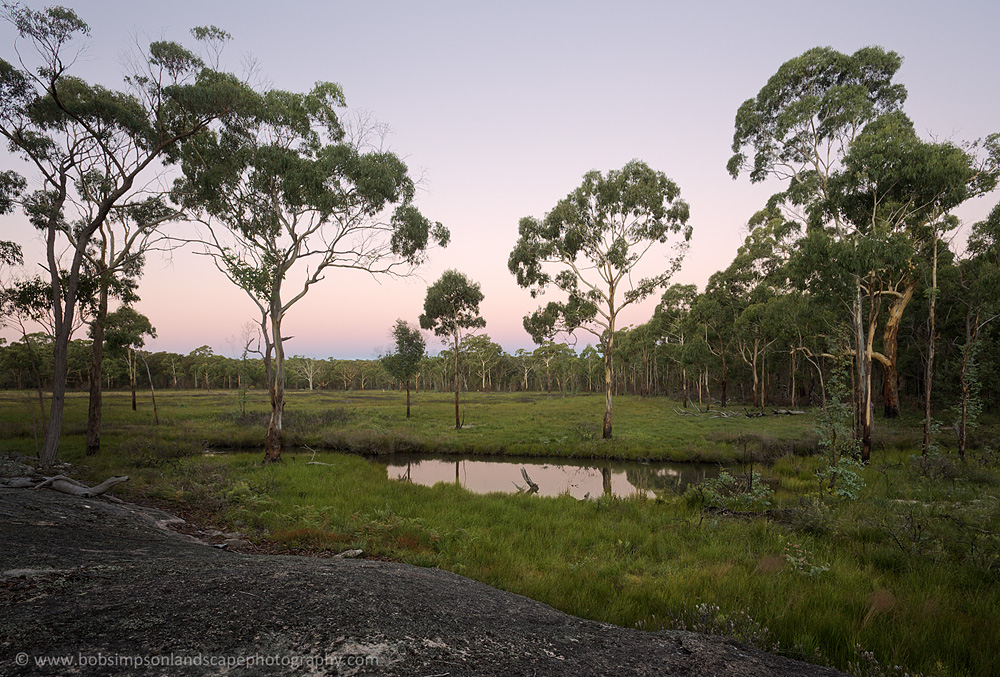 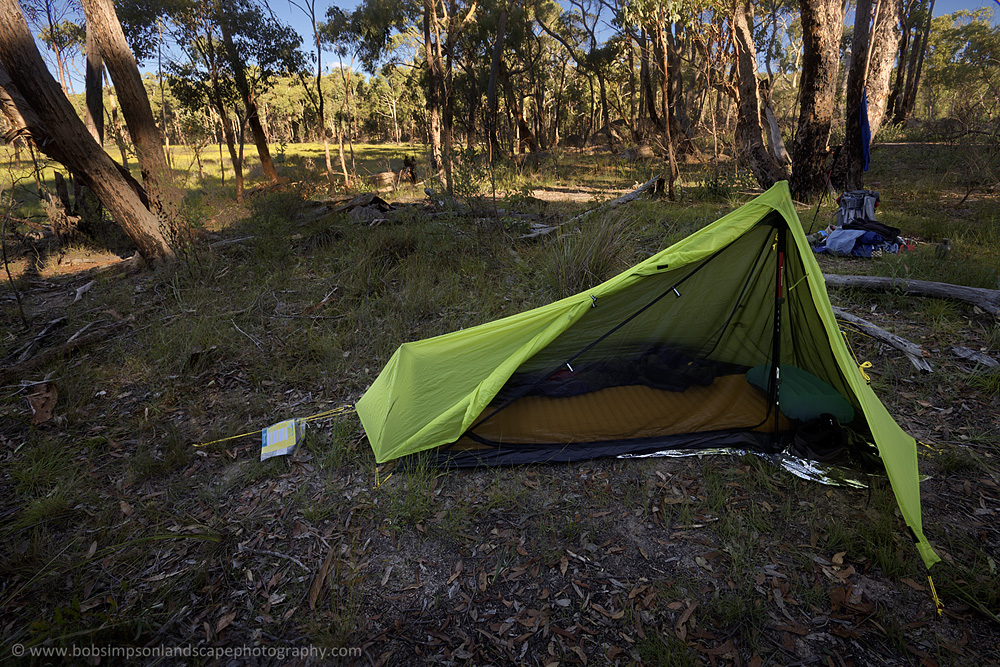 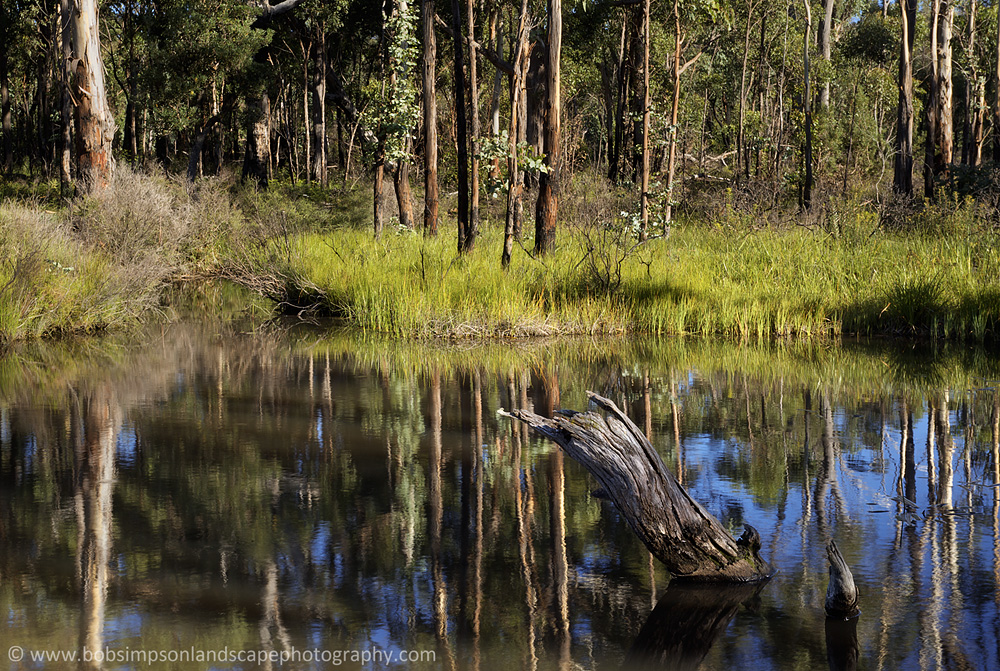 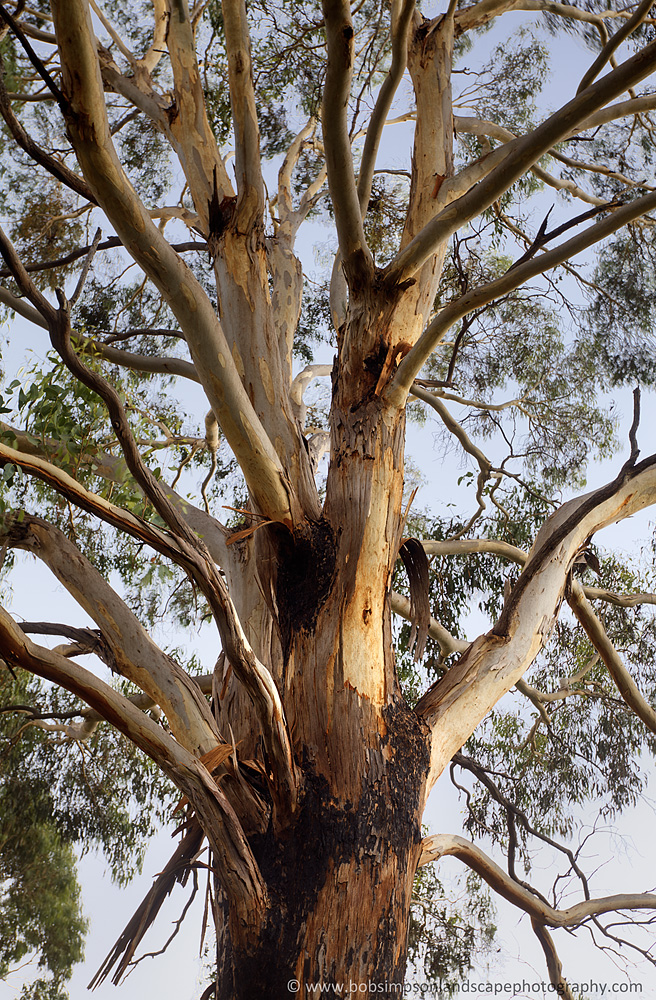 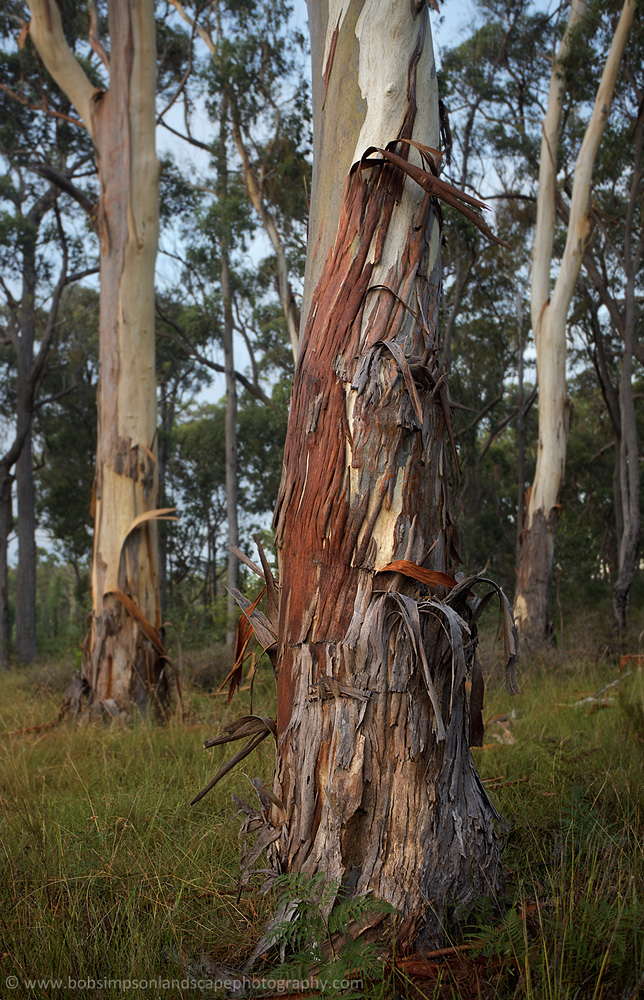 On the second day I followed the woodland trail down to West Bald Rock, and after a little exploring there, pushed on to the bush camping area at South Bald Rock. Feeling a little weary from the walk I decided to leave climbing South Bald Rock to the next morning...my mistake! It rained most of the night and into the morning, and by the time daylight arrived there were rivulets running down the steep face of the rock. Not, I decided, the safest conditions to be climbing, especially in such a remote spot.

Then I discovered my old Canon SLR had stopped functioning - I couldn't have taken any photos even if the conditions had been better. I suspected it was a moisture issue - my camera has taken a few falls over the years and the weather-sealing isn't as good as it used to be. So after some colourful language aimed at the weather and at my camera, I packed up a wet camp and headed back up the eastern side of Dingo Swamp.

The showers cleared by late-morning and I decided to stop for lunch and to fill my water bottles at a crossing of Paling Yard Creek. I sat my camera out in the sun, thinking it was probably dead, but half an hour later, it sprang back to life. By now I'd had a quick look around the area, and seeing what an excellent camping spot it was, and seeing as how my camera had been resurrected, I decided to stay for the night. 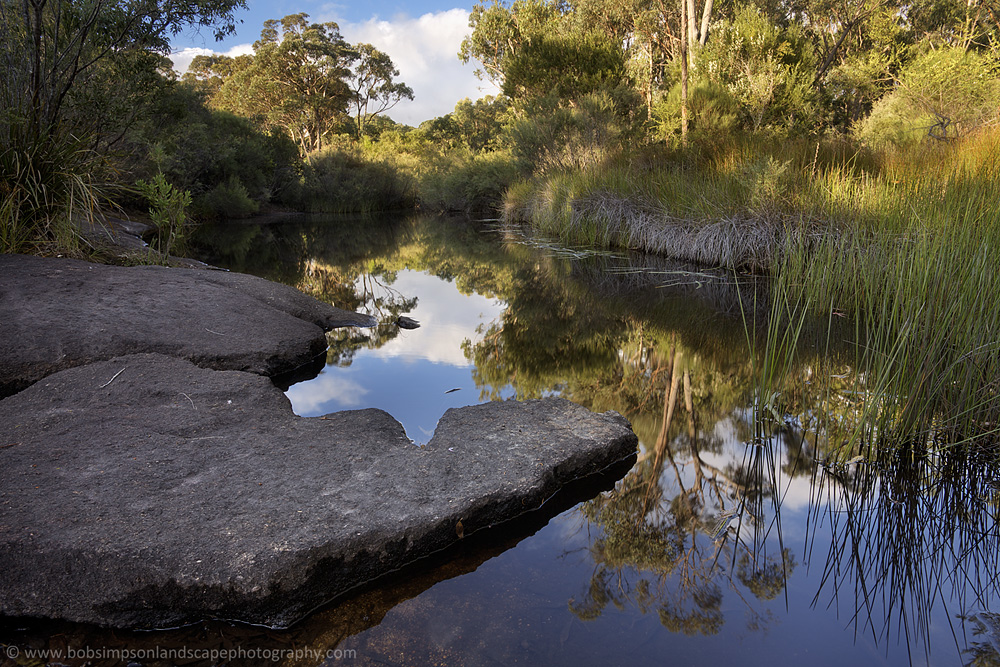 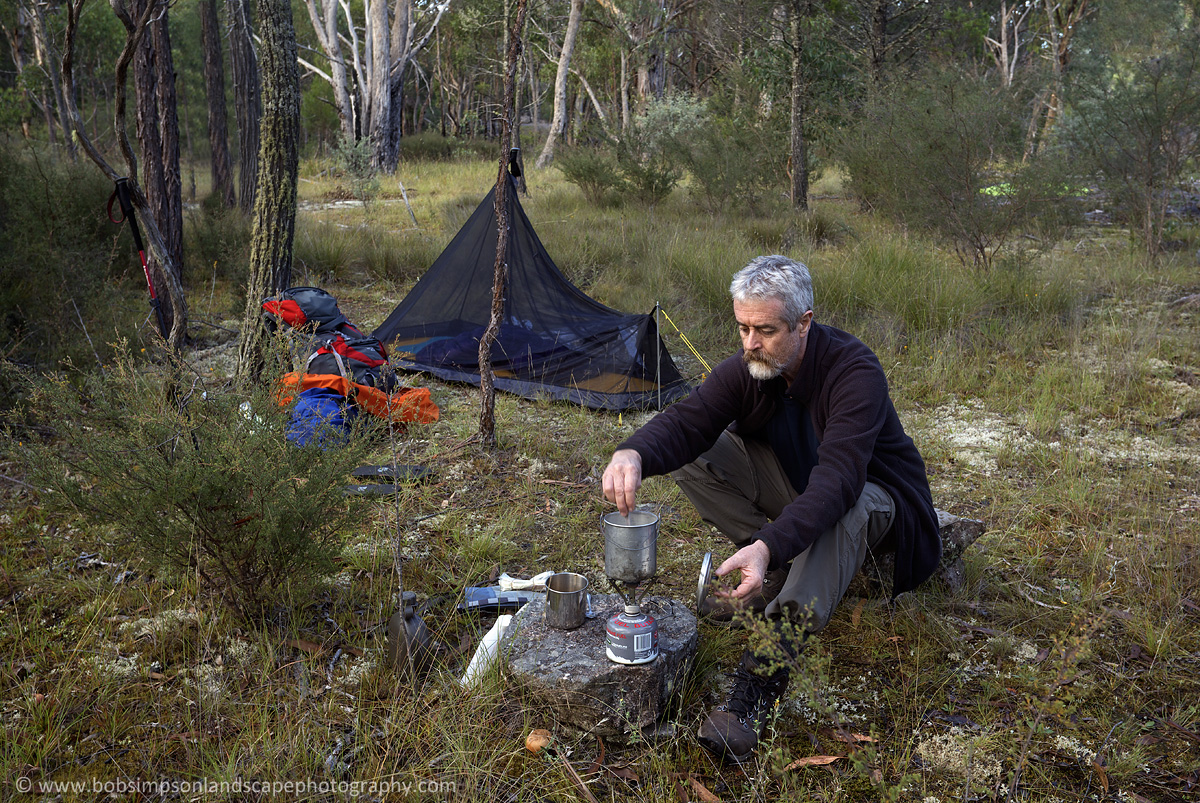 Rice and quinoa porridge for breakfast! 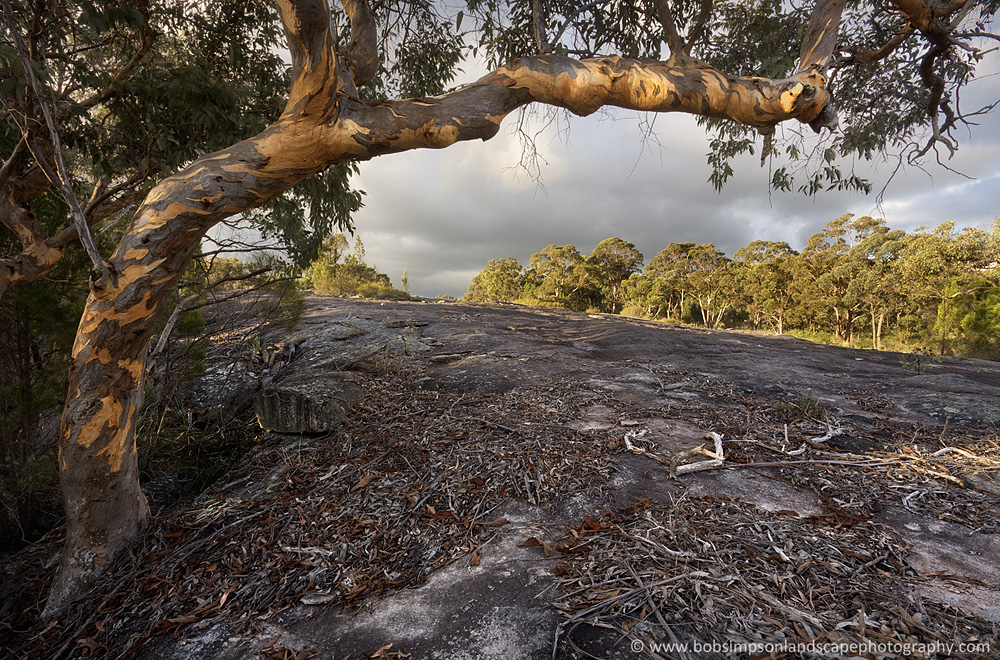 One of Girraween's gnarled gum trees.

That left a short walk back to the car the next morning, and by 11am I was driving the narrow dirt road back to the park entrance.

This short adventure didn't yield a lot of images, but it did produce one of my best experiences of recent years. The camera malfunction made me stop and remember why I like to do this sort of thing on my own - the feeling of wandering through isolated landscapes with only the gear in your pack and your own common-sense to keep you safe, warm and well-fed is a feeling like no other I've experienced. Life is reduced to its simplest form, but it is completely engrossing.

And next trip, chances are I'll have a new camera in my pack!