A big part of my September was spent in front of the computer. After a winter of exploring and photographing a host of beautiful places in New South Wales and Queensland, reality hit home and the jobs I'd been putting off couldn't wait any longer. You might have noticed that one of these jobs involved upgrading and updating my website...this website! While I can claim some credit (I did take the photos!), most of the hard work was done by my web-guru, Ian Wallace from Siteminder247 and Freelance Design Tasmania.  For a photographer with limited web knowledge (ie. me), it's a big advantage to have another photographer who knows all that IT stuff and can offer advice and ideas on how best to present a photography website for viewing on modern media. So, thanks for all your help Ian!

While I didn't get out with my camera much during September, I did have a productive time reviewing the images on my old website, re-processing some for the new website and discarding others. It's funny how some images that you thought were world-beaters 5 years ago don't always stack up when viewed with fresh eyes - loose compositions seem to become looser with time, slight colour castes get stronger and uglier, and uninteresting subject matter is fully revealed for what it is! But it's very satisfying when old images do stack up against your latest work, and I can happily say that the number of images that were relegated to the trash was quite low.

Going back through old images also prompted me to revisit my archive of RAW files to see if I'd missed anything that might be worthy of processing. Here are a couple from the past that have just been processed for the first time. 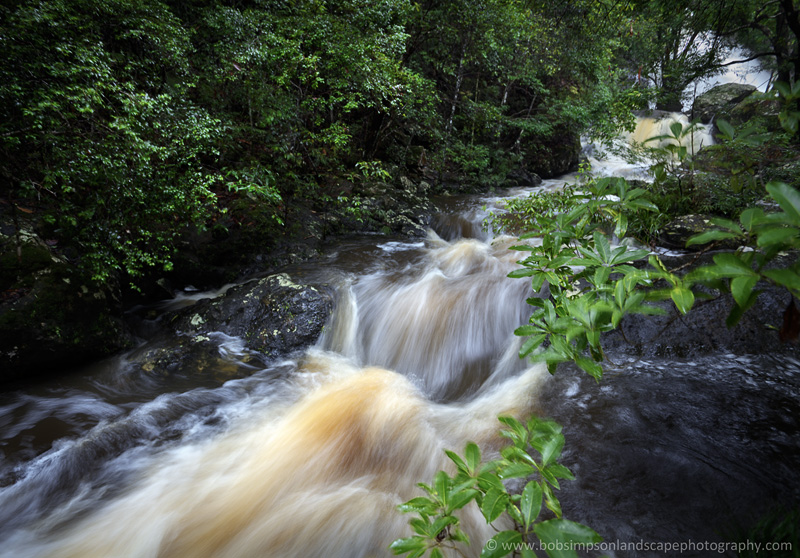 The image above was captured during a trip to Gheerulla Creek (Mapleton National Park, Qld) back in 2010. I remember thinking at the time that there were some appealing elements in the image, particularly the motion of the water, but I wasn't happy with the blurred leaves in the right foreground and left background. On rediscovering the RAW file, this blurring seemed unimportant in the context of the whole scene....in fact, I now quite like the motion in the foreground leaves. Impressions and opinions can change over time so it's worth going through the archives occasionally to see what is hidden away. 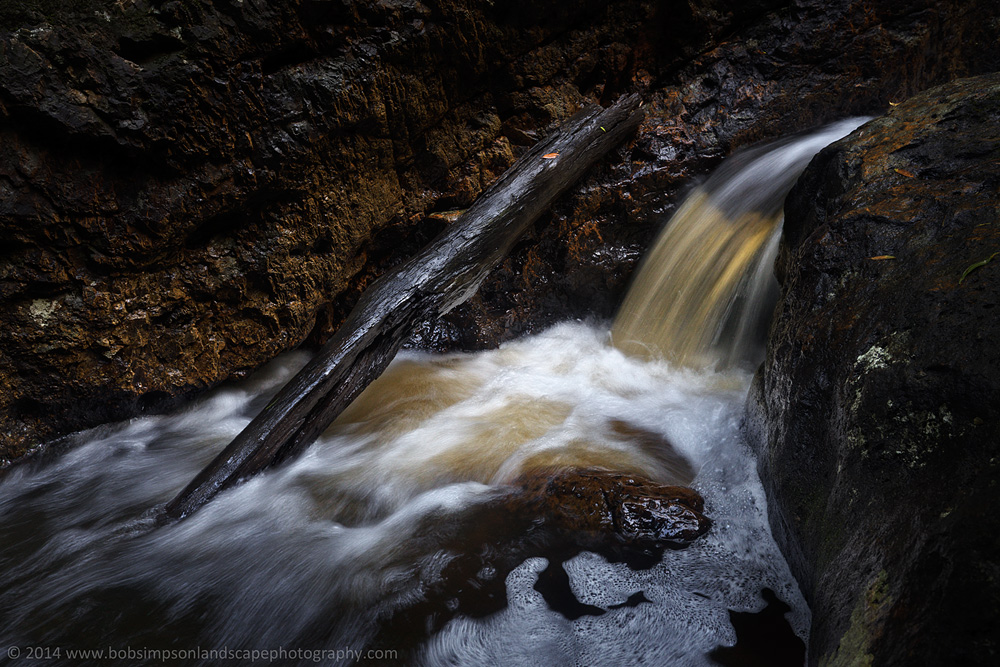 This image is from a more recent trip to Gheerulla Creek in 2013. I always liked how the elements fitted together - cascade, log, rocks, whitewater - but because it was so dark down on the creek, I had to push the ISO up to 800 to allow a shutter speed that would retain some texture in the water. I originally captured multiple exposures of the scene at ISO100 and ISO800 with the intention of blending together the high-ISO water and the low-ISO background to minimise the amount of noise reduction required during processing - and that's what I eventually did last week to create the final result you see here. 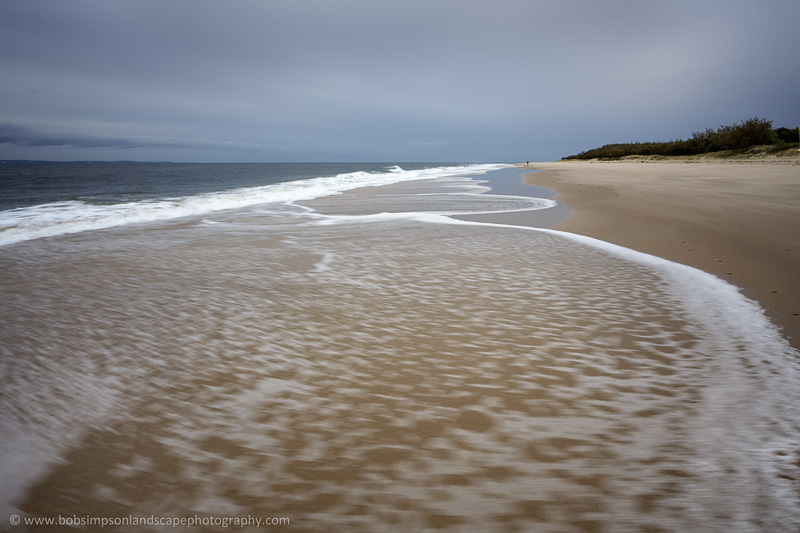 I captured this simple beach scene at Bribie Island in 2011. The thing that jumped out at me when I saw the RAW thumbnail for the first time in 3 years was the pattern of foam in the foreground. I enjoy trying to incorporate water movement into seascapes and will often capture many multiple images of a scene as waves wash in and out. The result is often a bit of a mess, but occasionally with the right combination of timing and luck, interesting patterns and textures emerge and are captured in the image...I count this as one of those images.

As an aside, I'm a big fan of using small thumbnails to help assess whether an image is worthy of further consideration and processing - if a small thumbnail displays strong and appealing shapes, patterns, textures or combinations of colour, then it will probably also be eye-catching when enlarged. It's similar to the old artist's trick of turning a painting upside down to see how all the elements balance together in abstract form, without the nature of the subject being readily apparent and distracting your attention. With an image thumbnail it is often difficult to discern many of the details of the scene, but the overall balance of elements and any eye-catching features (like foam patterns in the water) are immediately visible. 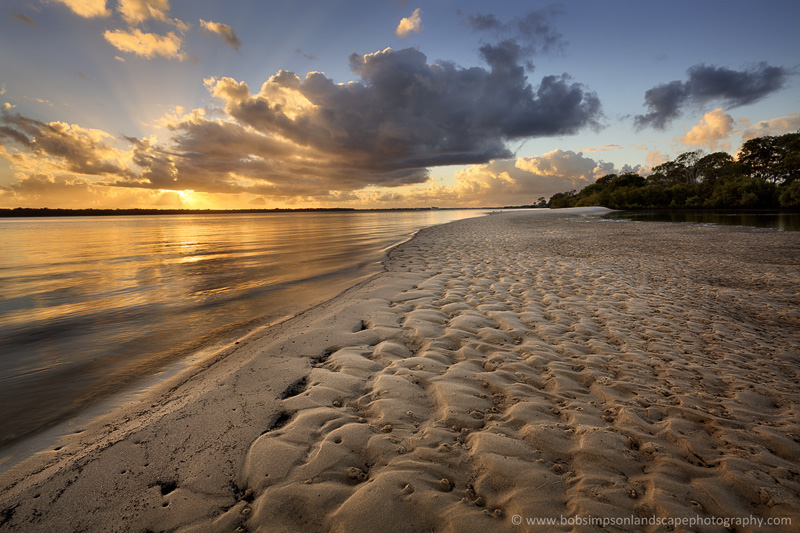 And one more old image while I'm at it - this one was captured at Toorbul (Qld) in 2010. I always liked the shape of this image, but when I first processed it I chose a much cooler colour temperature than this and a lot of the vibrancy of the sunrise was lost in overly blue tones. It has taken me nearly 5 years to get around to fixing the problem, but I think this is now a much better interpretation of the scene.