Mount Ngungun is one of the smaller Glass House Mountains peaks, but it is easily scaled via a well made track and offers great views over the surrounding countryside. I climbed up there early in September to photograph the full moon as it set just before sunrise (first image below). The moon glow became very orange as the moon neared the horizon while the shapes of Mount Beerwah and Mount Coonowrin stood out strongly in silhouette. The bump on the right flank of Beerwah is the peak of Mount Coonowrin - the two peaks are actually more than 2km apart but the telephoto lens has compressed them so they appear much closer. The next two images were taken looking to the east where a blanket of mist hung over the landscape and caught the first rays of sunrise. 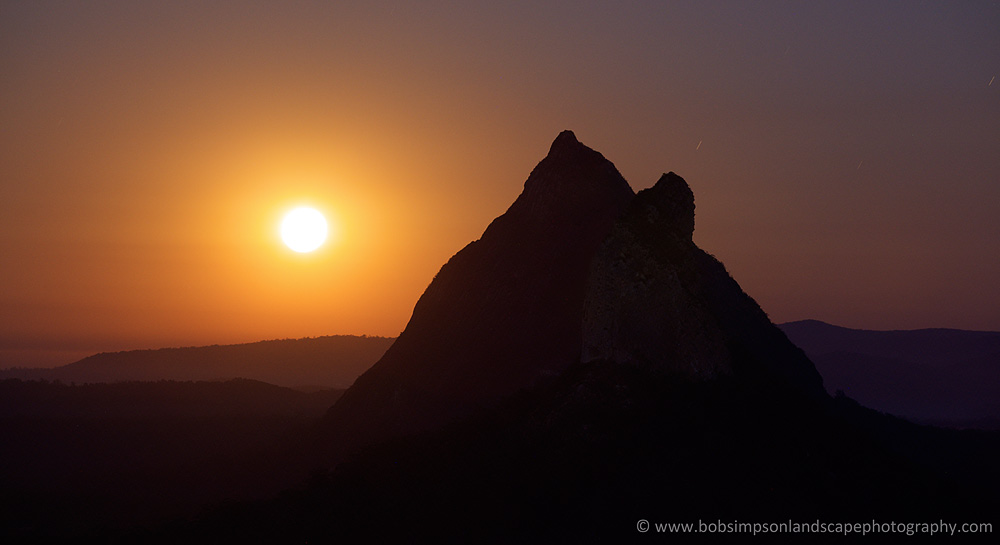 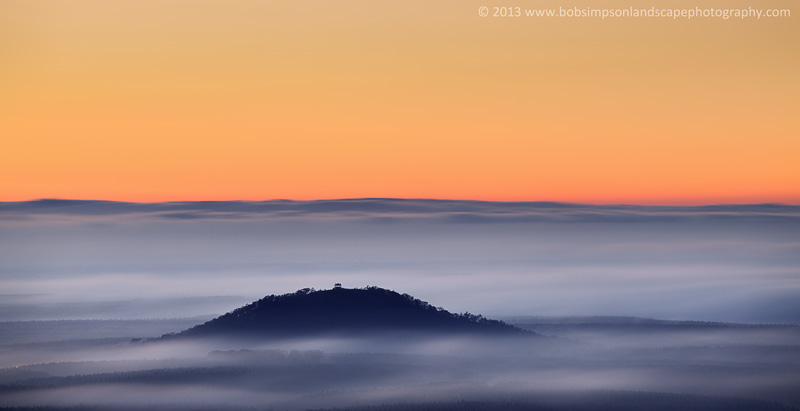 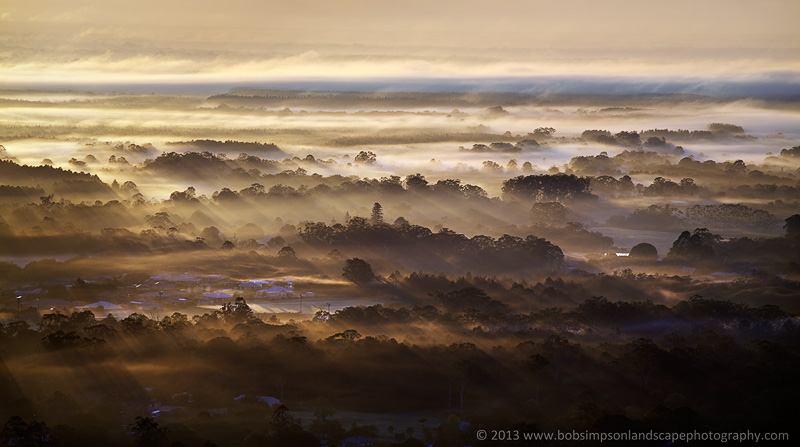 I made several trips to Noosa National Park over the last month. This is a great place for seascape photography with hidden coves, steep cliffs, dramatic rock formations and boulder-lined beaches. I recently posted an article about photographing in Noosa National Park at www.freephotoguides.com - you can read it here. 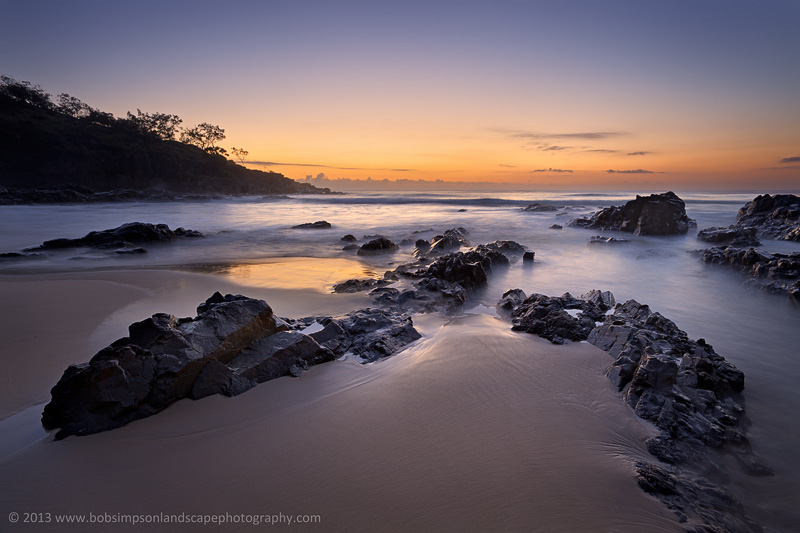 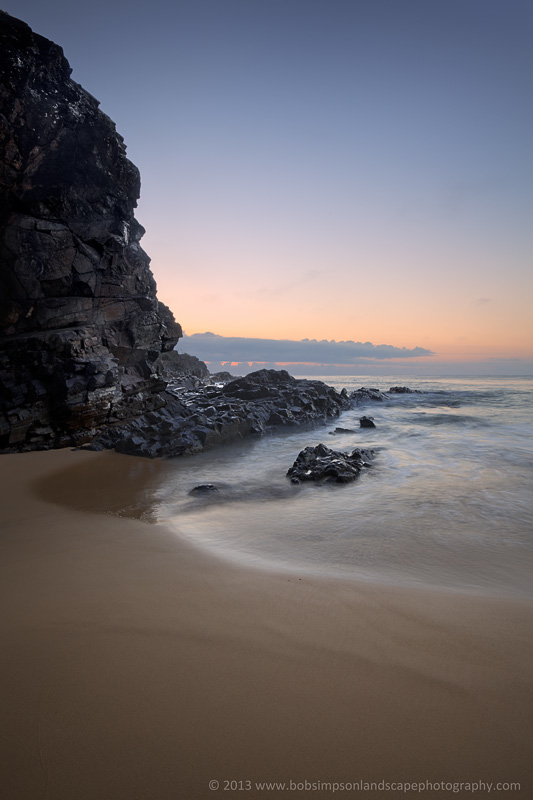 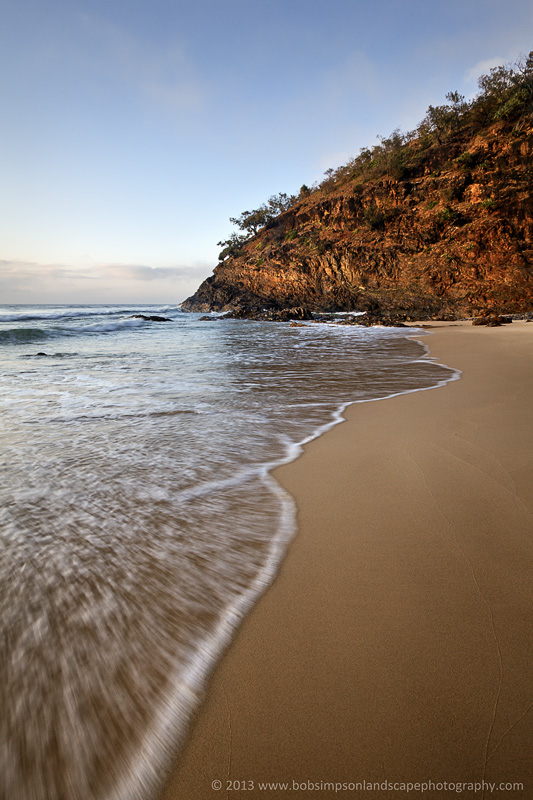 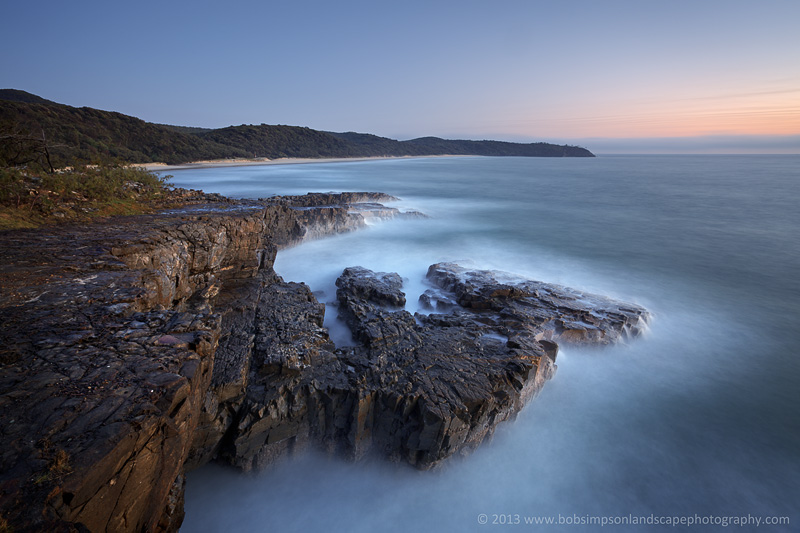 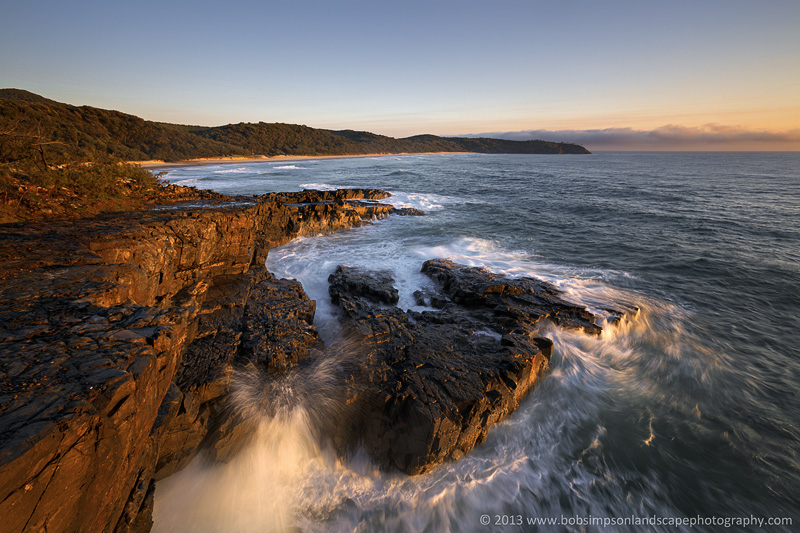 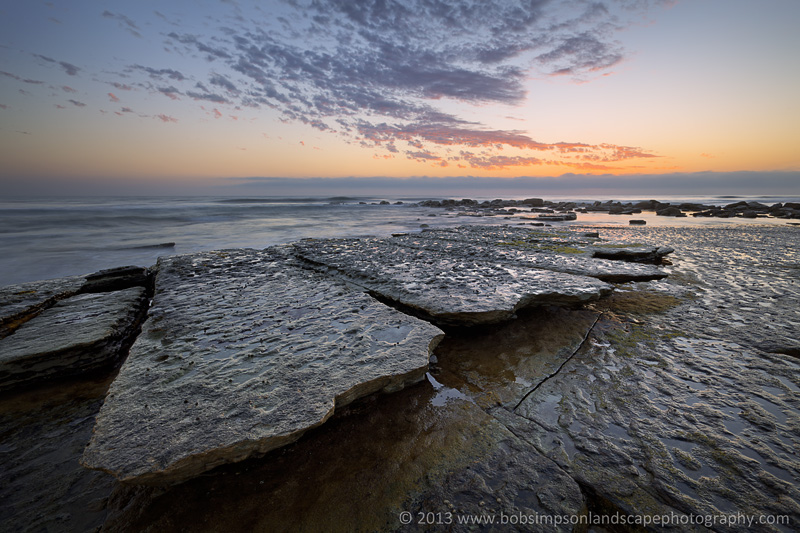 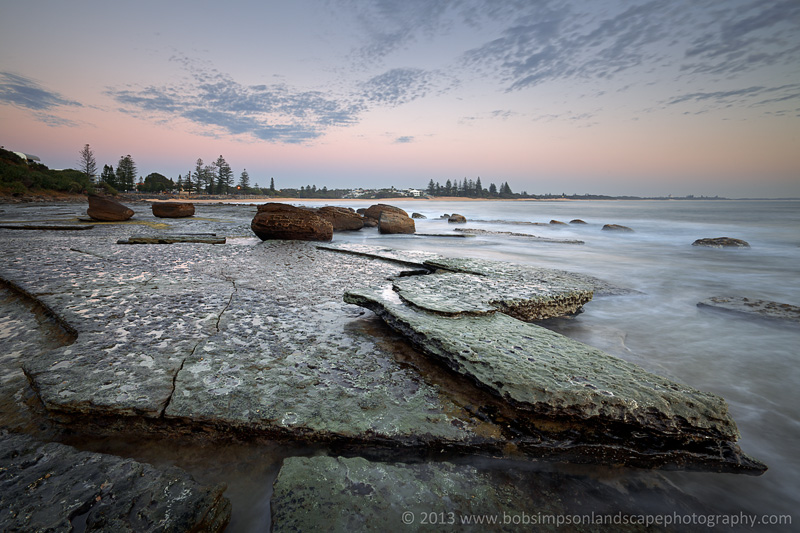 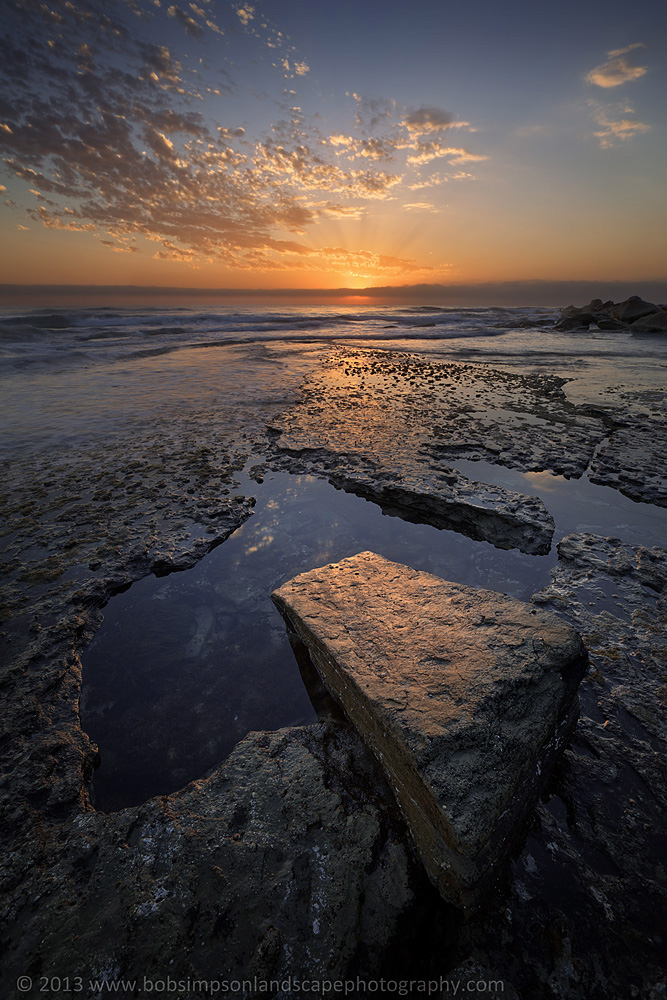