Early in May, I visited the rock platforms at Shelly Beach (Caloundra) for a dawn session. It was around mid-tide so there was plenty of water on the platforms but it was still easy to walk out to the seaward edge. It was a very still and clear morning and I kept getting drawn back to this shallow rock pool with its mirror-flat surface. When I first arrived, only the single flat rock at right was exposed making a very clean, simple composition, but by the time the sun broached the horizon and the light was more interesting, the tide had dropped a little and exposed the other rock on the left. I would have preferred the rock on the LHS to still be submerged, but I'm happy that this image captured the serenity of the scene. 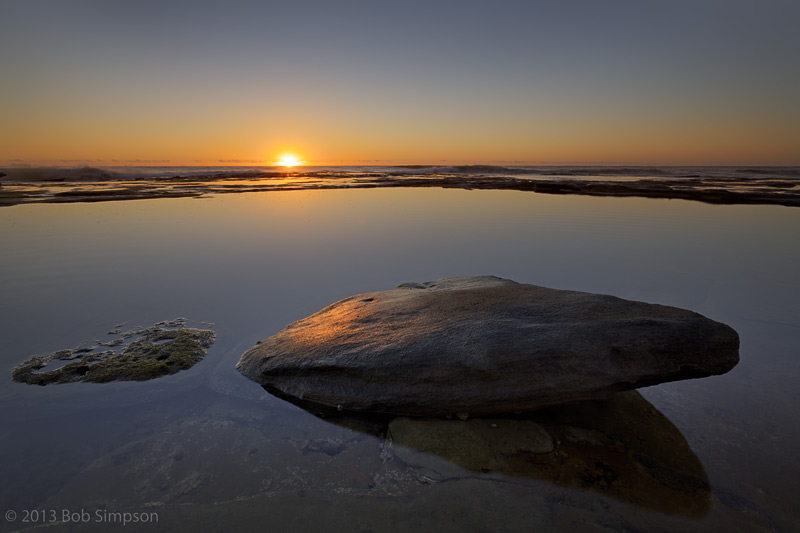 Another morning, this time just around the corner at Moffat Head and with plenty of clouds to add texture to the sky. The tide was high and the wide rock platforms that kids love to explore around were submerged, with only a few larger boulders showing through the waves. There were some beautifully subtle glows of sunrise colour in between showers of rain, and I found the simple composition below to highlight the clouds and water movement.

This little beach is hidden away between Point Perry and Point Arkwright, just south of Coolum Beach. I took a number of shots of this scene to try and capture the waves as they washed around the rocks and also created a nice reflection of the sunrise colour. 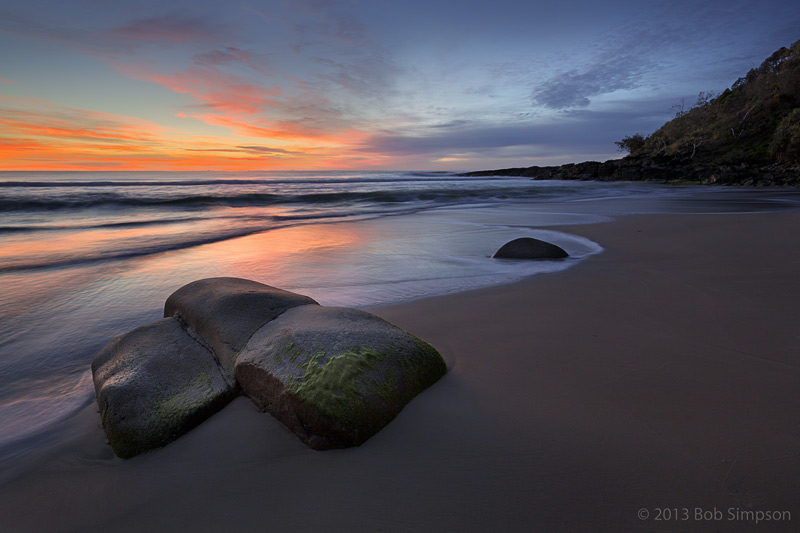 The same beach a little later in the morning. 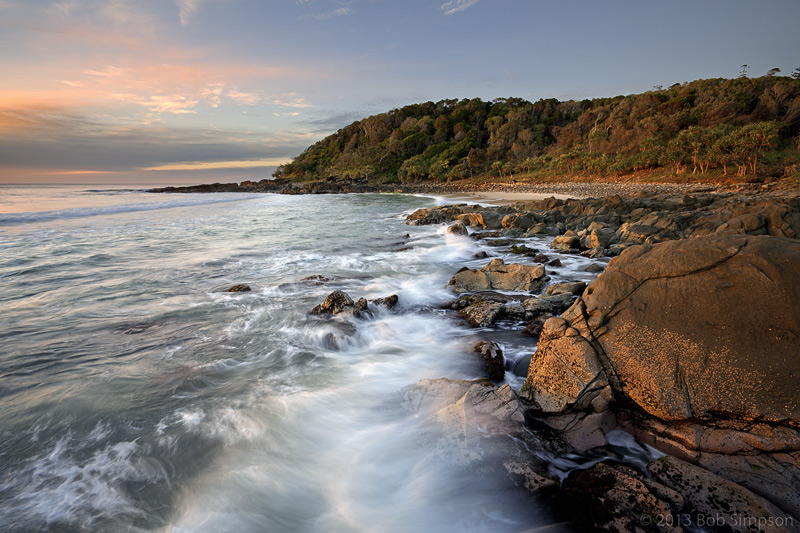 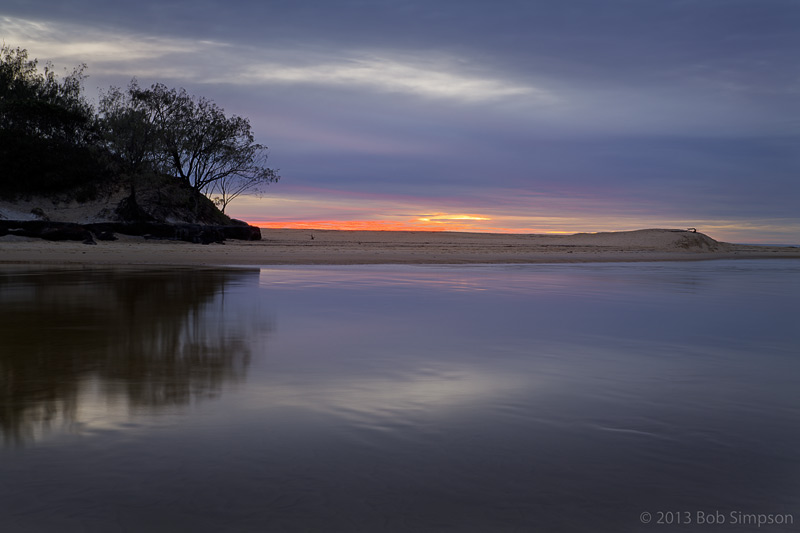 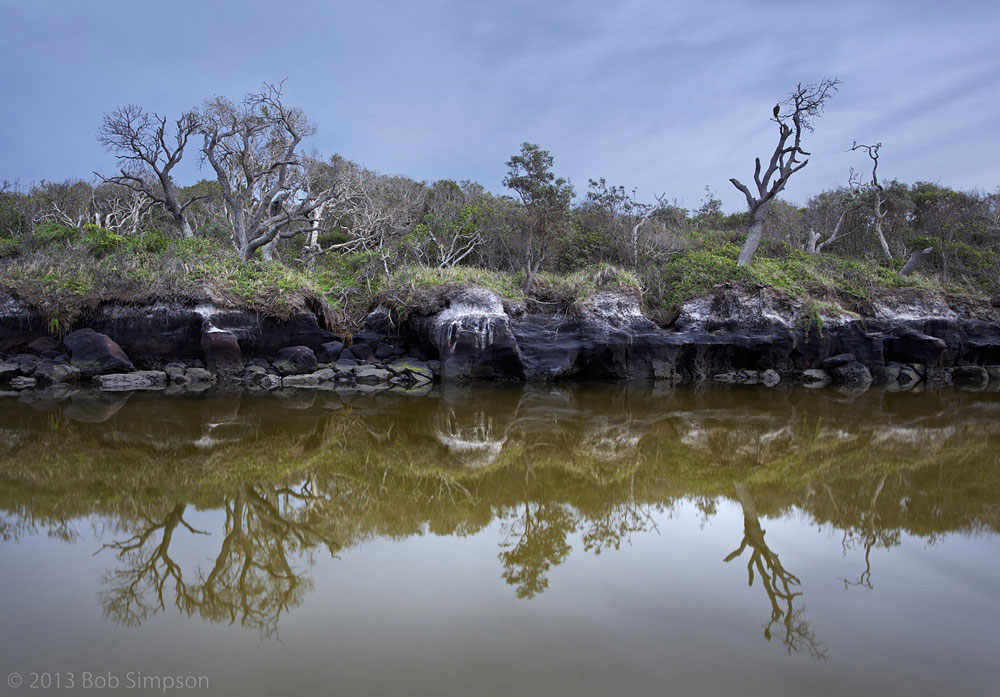 Red Beach on Bribie Island is not far from my home and nearly always produces something unexpected and dazzling. The beach faces south, so long-shore compositions face directly into or away from the rising and setting sun. On this occasion, the sunrise to the east was matched by a setting moon to the west (second image below). The beach is protected from ocean swells by Moreton Island so it is usually quite calm and there is a wide expanse of intertidal sand - a low tide often reveals intricate patterns in the sand that can add interest to your images. The wide intertidal area also creates lots of opportunities for reflections of sunrise/set colours and cloud patterns. Red Beach is one of those 'go-to' places when I don't feel like travelling too far. 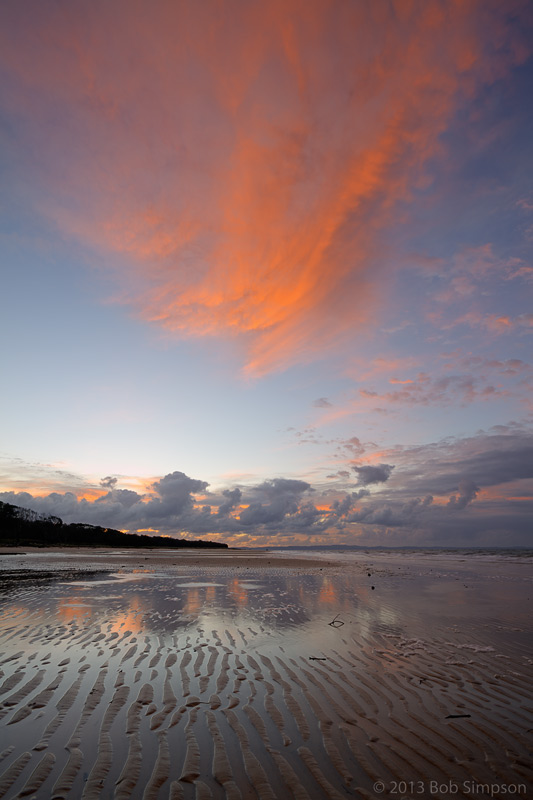 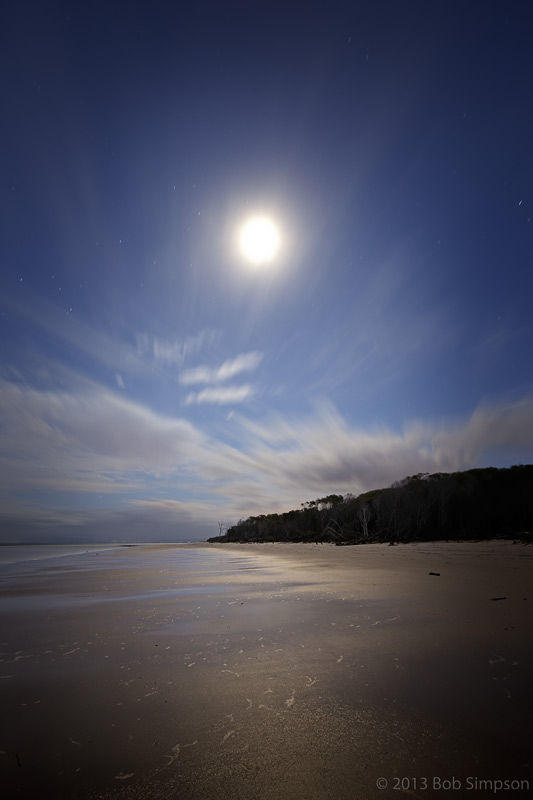 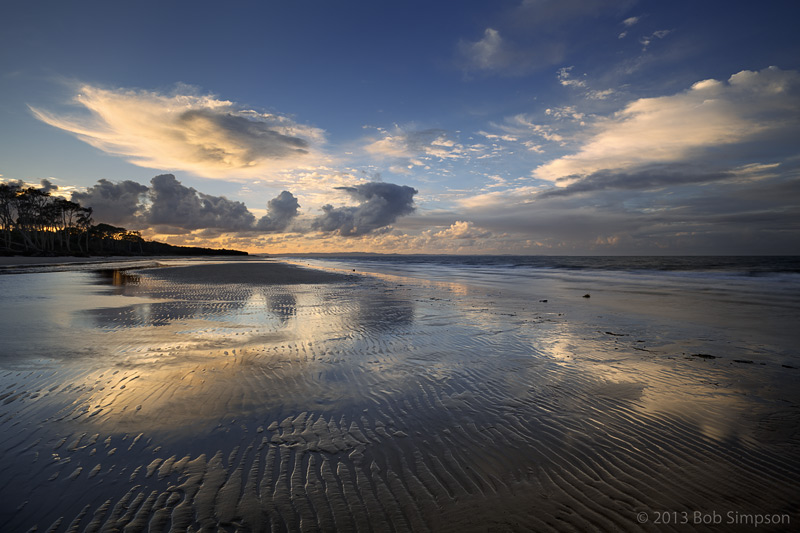 I also squeezed in a short stay at Gibraltar Range National Park (NSW) in late May. The purpose of the trip was mostly about enjoying the camping and hiking with a friend, but I did sneak down to Barra Nulla Cascades on Little Dandahra Creek with my camera for a dawn session one morning. It's an area I've photographed a lot before, so rather than going for the more obvious waterfall images (see my Freshwater Gallery), I spent some time searching for more intimate views of the creek. The two images below are among my better efforts. 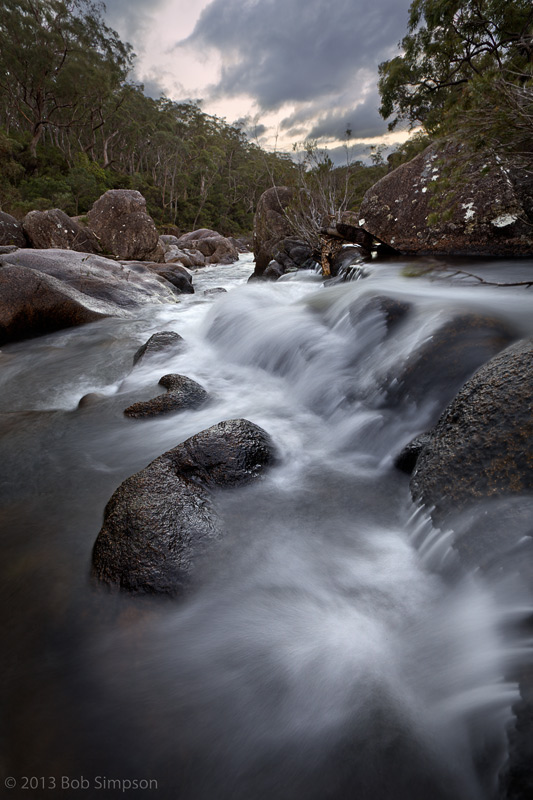 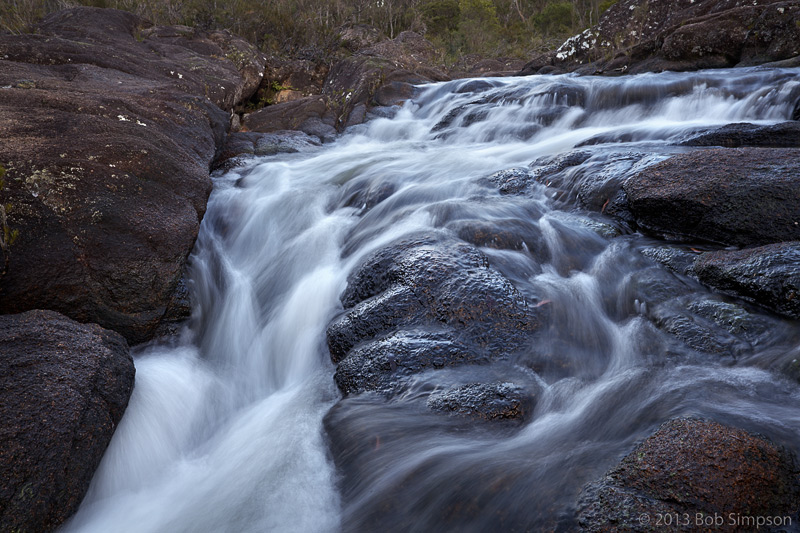