The images below were taken around the mouth of the Maroochy River at Cotton Tree last month. This area has been a favourite recreational and camping spot since at least the 1880s - the nearby Cotton Tree Caravan Park is regarded as the oldest camping ground in Queensland. The broad sand banks around the mouth of the estuary are constantly moving in response to coastal weather and tidal patterns, and they offer great views back towards the business centre of Maroochydore and the hills beyond. 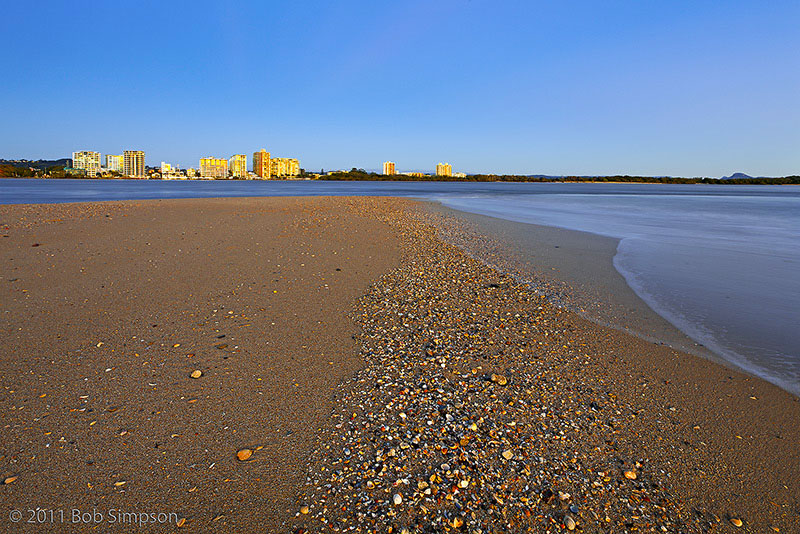 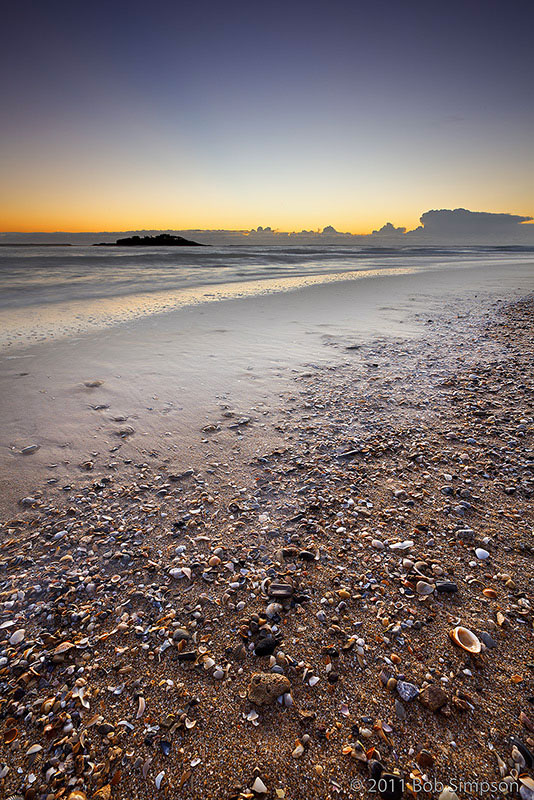 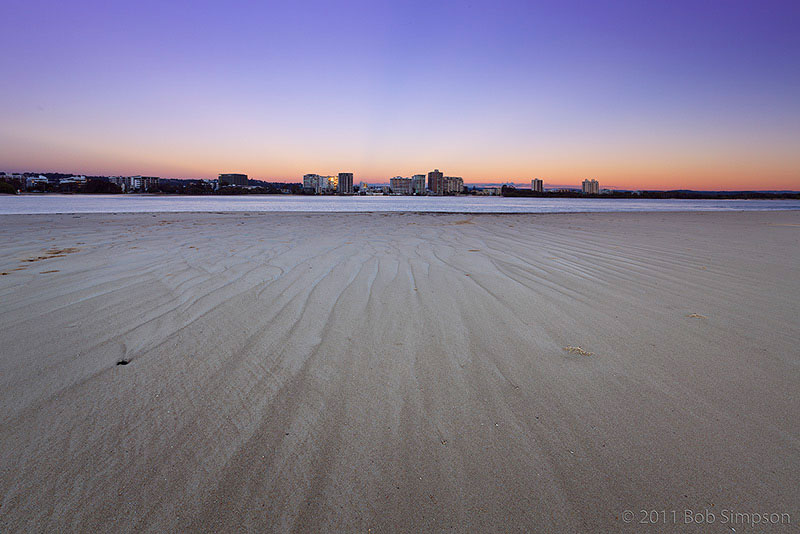 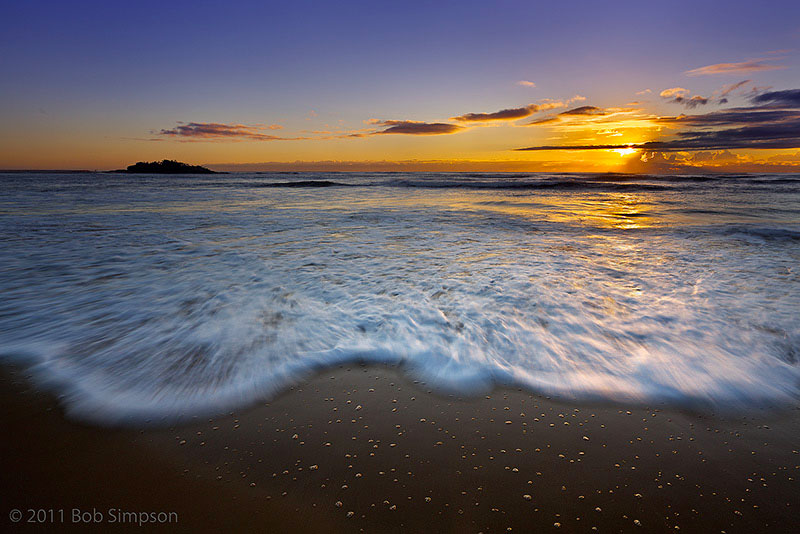 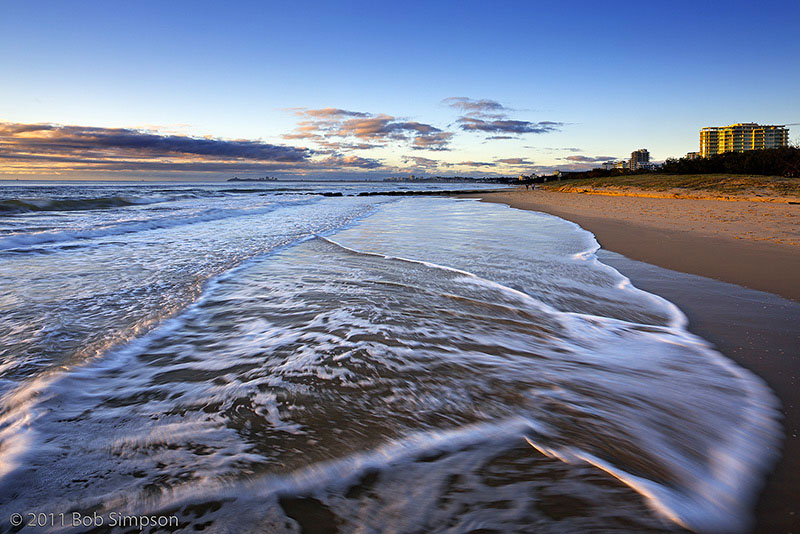 I squeezed in another short morning photo session around the northern end of Point Cartwright last week. The weather was pretty dreary, but I quite like the darker, more brooding atmosphere in these two images below, compared to the brighter colours of the previous session. There are plenty of interesting shapes and patterns in the layers of broken rock around the shoreline, and a good view of the Beacon Lighthouse which overlooks the point. 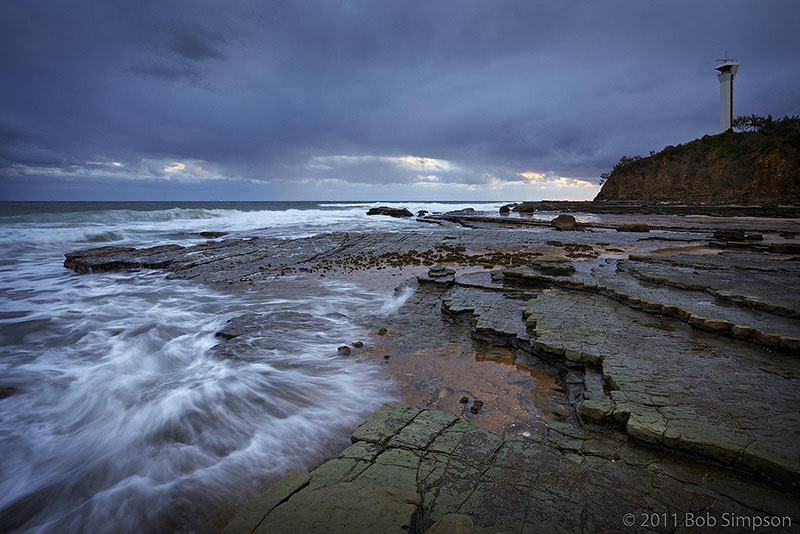 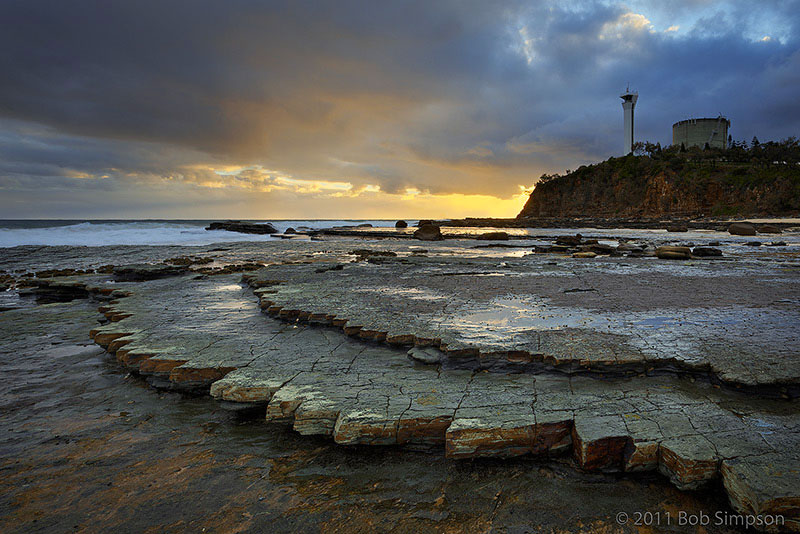 The Point Cartwright-Buddina Beach area on the Sunshine Coast is very popular with surfers, anglers and sightseers. The flat rock platforms and grassy slopes at the headland are great for picnics, and there are spectacular views north and south along the coastline from the top of the bluff around the Beacon Lighthouse. The sunrise images below were taken last week on the eastern side of Point Cartwright, but there are lots more photo opportunities around towards the Mooloola River mouth and from the top of the bluff. It's hard to cram everything into the hour or so around sunrise when the light is at its best, so I'll have to try and fit in a couple of return trips over the next few weeks. 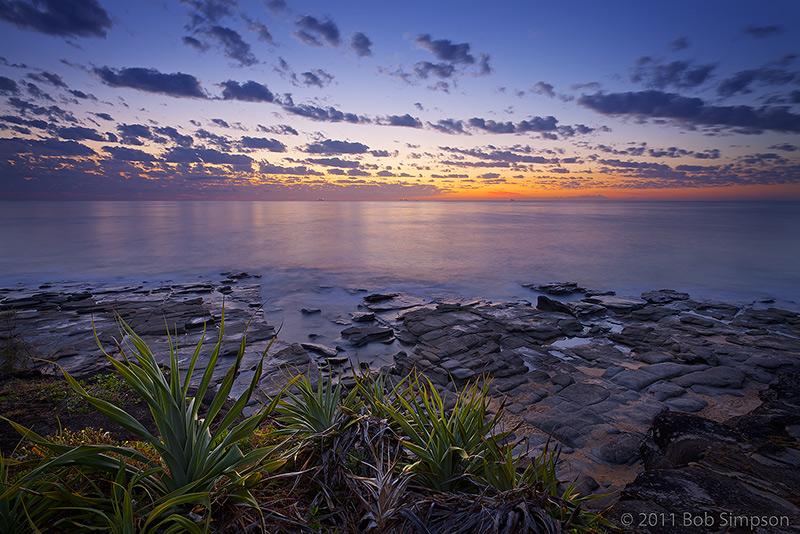 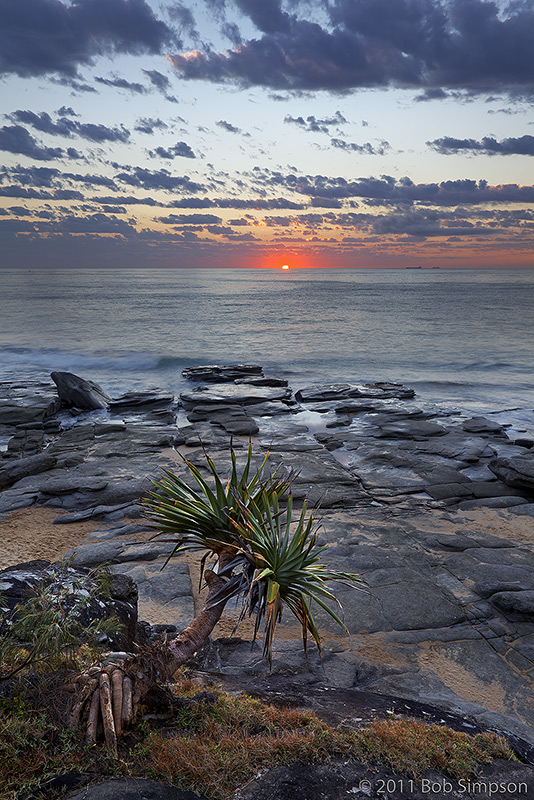 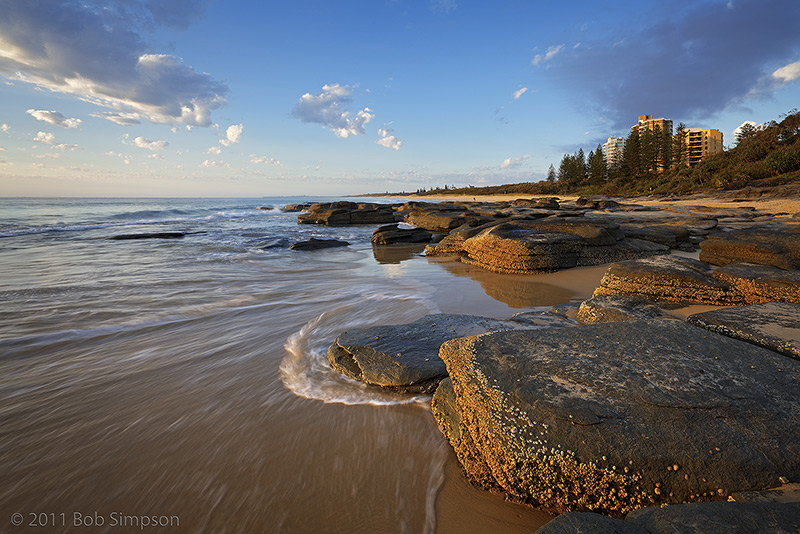 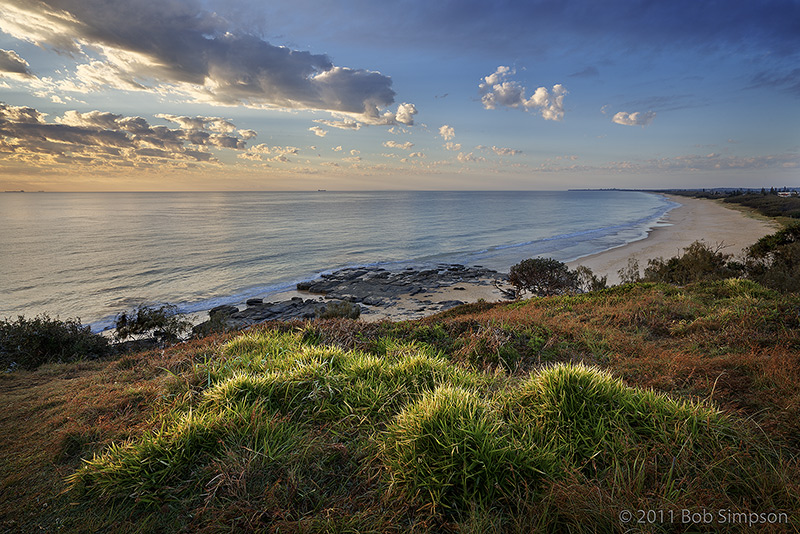 The rock platform at the southern end of Shelly Beach in Caloundra is one of my favourite spots on the Sunshine Coast for a spot of early morning photography. The low-angled light around sunrise highlights the patterns in the rocks, and shallow water over the platform is great for picking up reflections of the morning sky. The images below are my favourites from a couple of morning sessions over the last week. 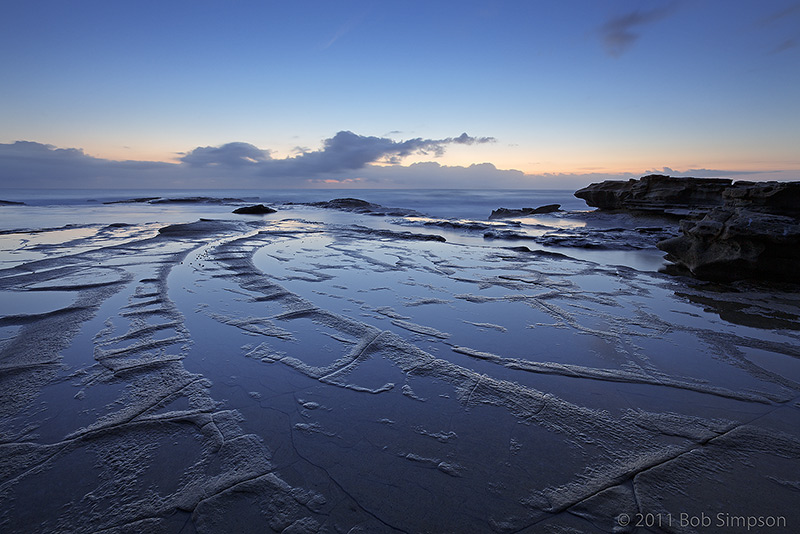 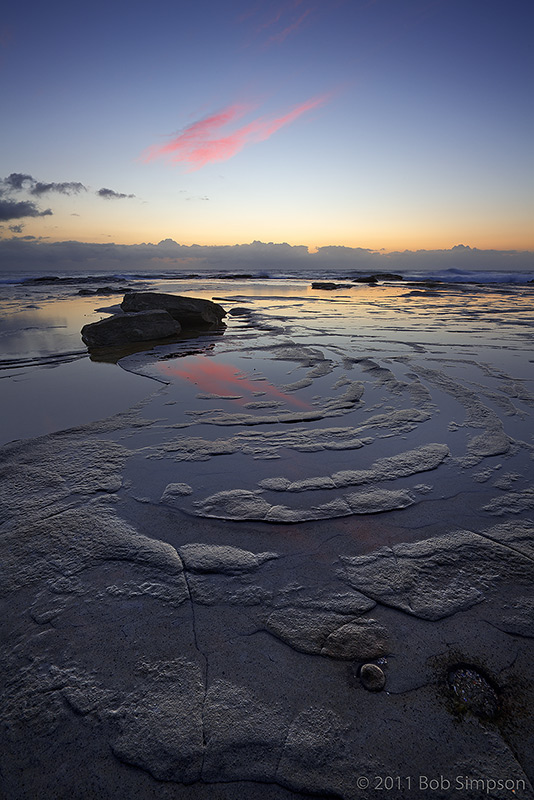 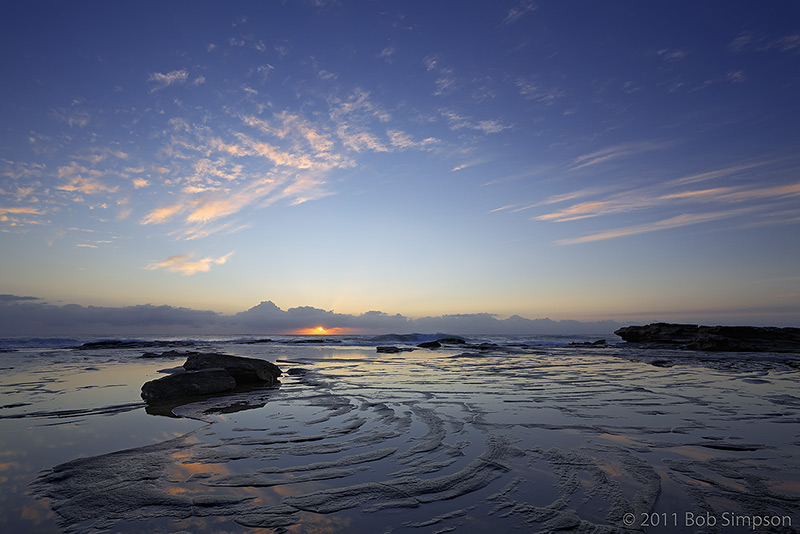 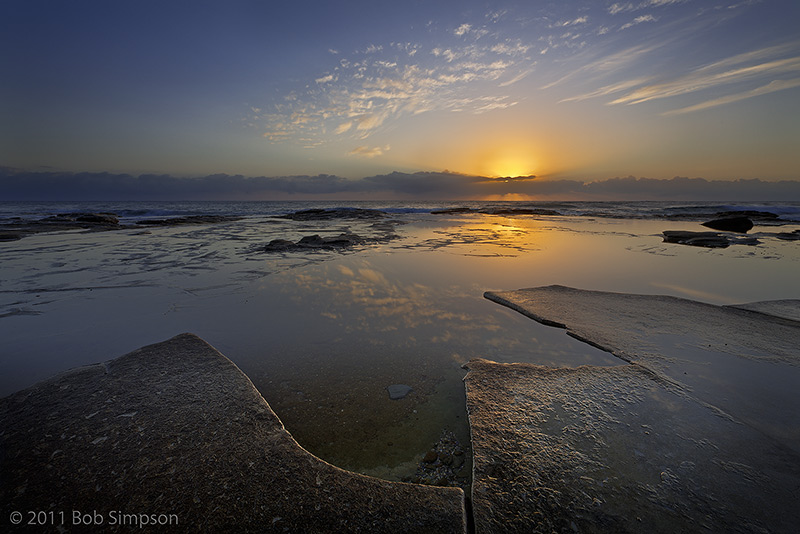 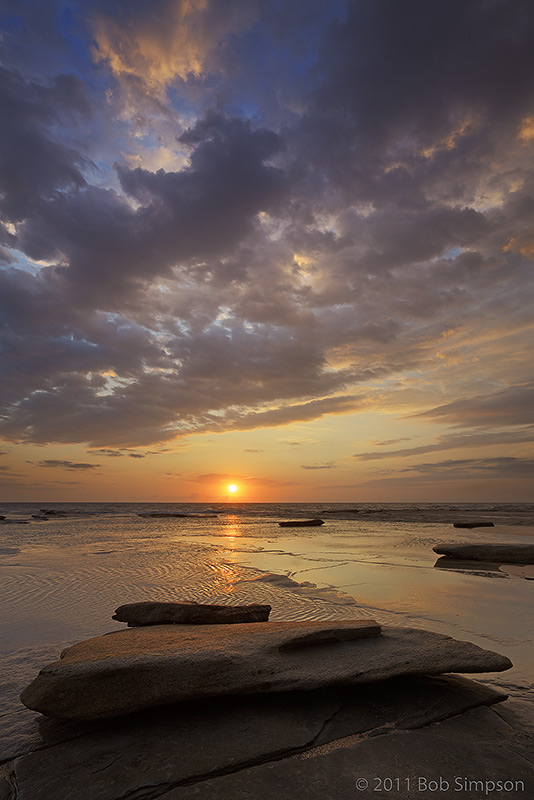 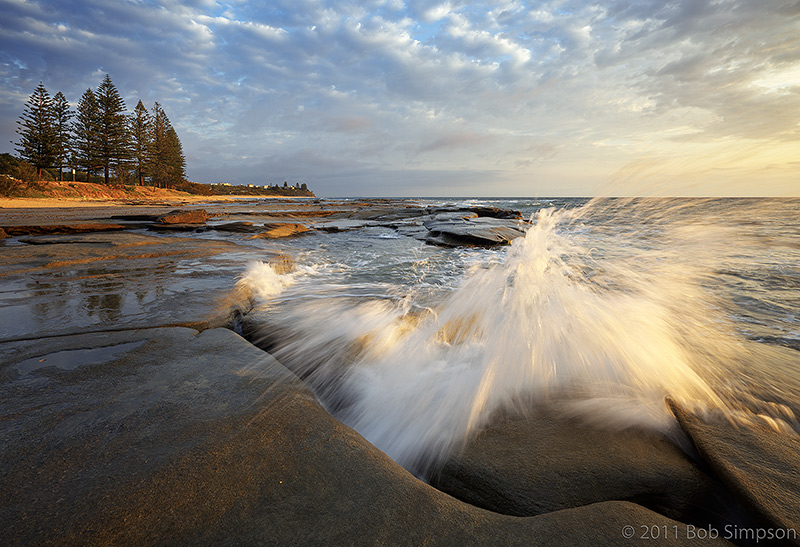 ....yes I got wet, but only a little. Most importantly my camera was fine!

Three new images from an early morning walk to Skirmish Point on Bribie Island. The cloud cover was quite broken when I arrived in the dark and it was looking promising for a colourful sunrise, but as dawn approached the clouds grew more ominous. This first image was captured about 10 minutes before sunrise - the thing that caught my attention about this scene was the subtle but lovely contrast in colours between the dark clouds approaching from the south-west, a slightly green sea, and the warmer tones of the wet sand. I waited for a wave to push up the beach and set the shutter speed to 3 seconds to give the water a smooth, silky look. 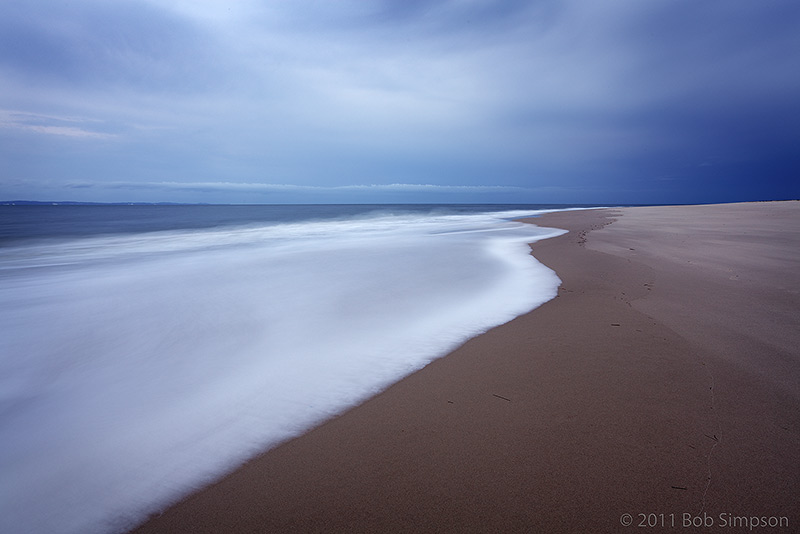 A short while later, this little window in the clouds to the east was the only sign of colour from the sunrise. 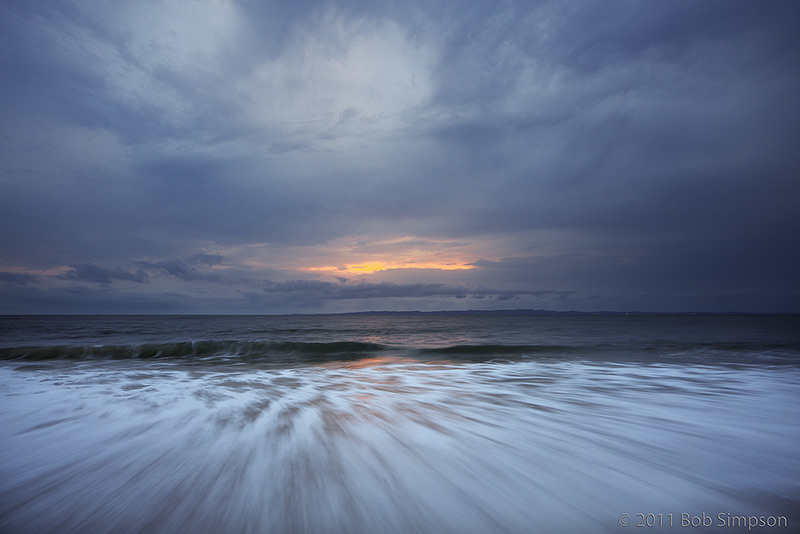 The window of light stayed open for around 15 minutes so I looked for ways to use it in another composition. The jellyfish (below) was lying high and dry above the tide line but it sort of looked like it was waiting for a wave to carry it back into the surf. I set my tripod down low and within 1 metre of the jellyfish, positioned the patch of light in the opposite corner of the frame, then waited for a wave to push up the beach and connect everything together. 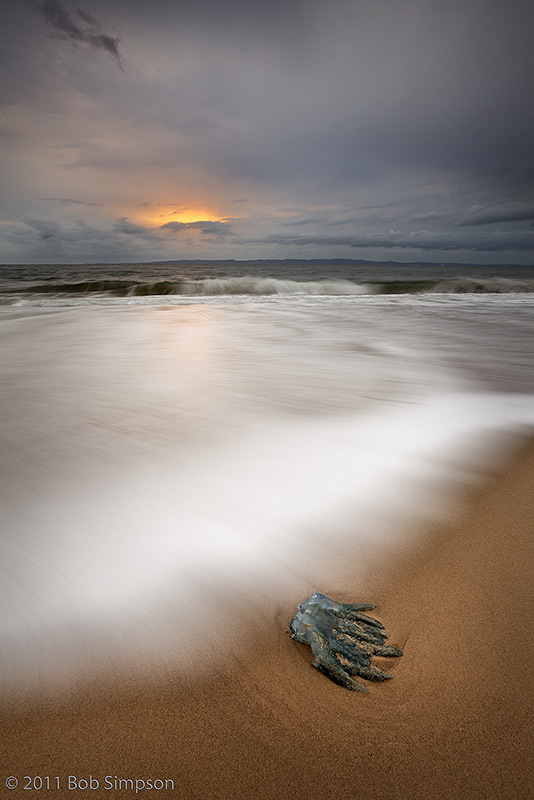 The next morning I headed to the tidal mudflats at Beachmere. There are always plenty of interesting things to find at low tide on these expansive flats - the rippling patterns in the sand and mud can look quite dramatic when accentuated by the low angle of the incoming light and it's always worth trying to work them into compositions. 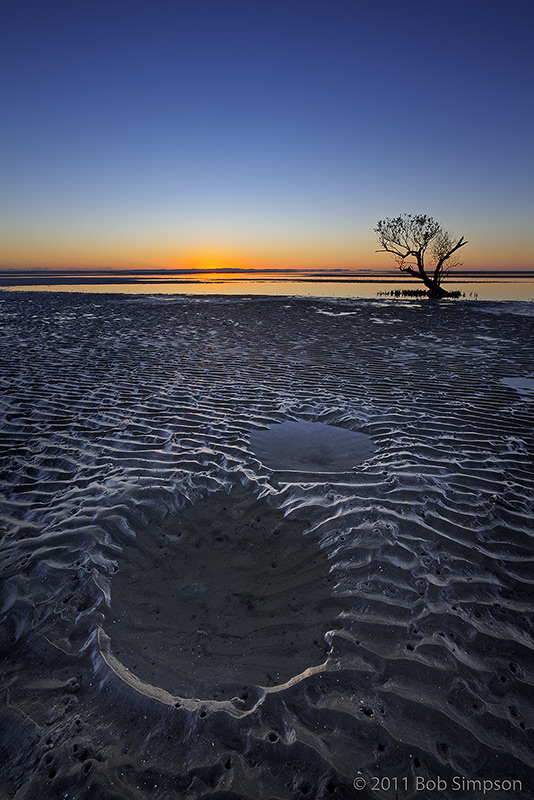 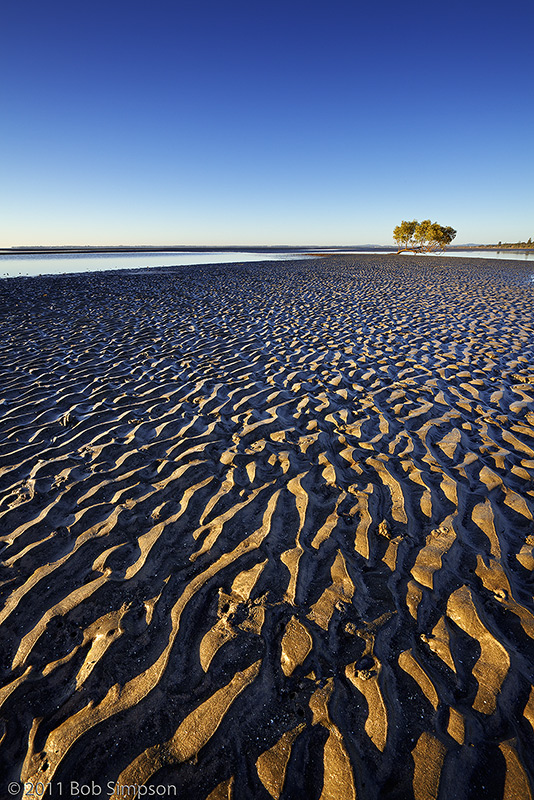 Isolated mangroves are another favourite subject of mine - this twisted little individual seemed to be struggling with it's place in the world, but I guess hardship builds character because it had plenty of that. I thought the bare branch pointing out towards the open mudflats was a nice touch, and of course the golden light of sunrise always adds lot of atmosphere to an image. 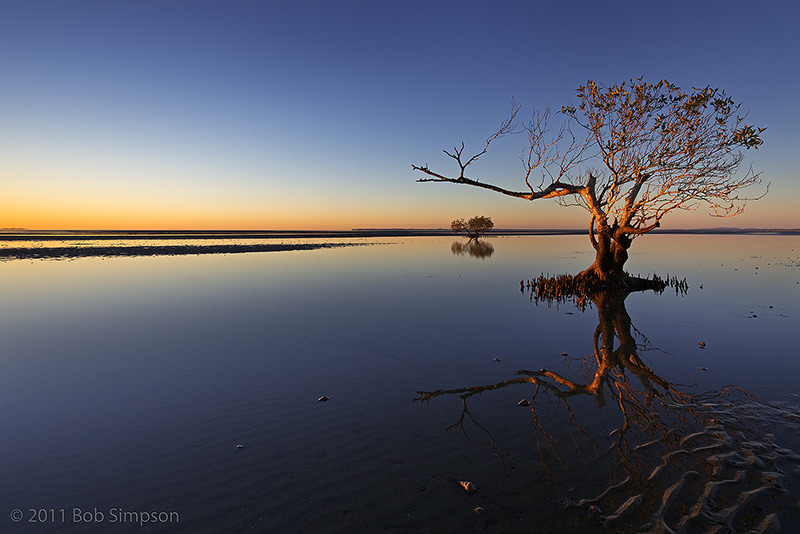 Finally, something of an unusual sight as two kangaroos made their way across the tidal flats just after sunrise. I don't know how common this is, or if kangaroos actually feed on anything on the flats, but this pair wasn't in any particular hurry. I suspect they use the mudflats as a thoroughfare to get to other feeding spots along the foreshore, and with me blocking their way they took an extra wide berth out towards the edge of the low tide mark. The land in the background is Scarborough Point on the Redcliffe Peninsula. 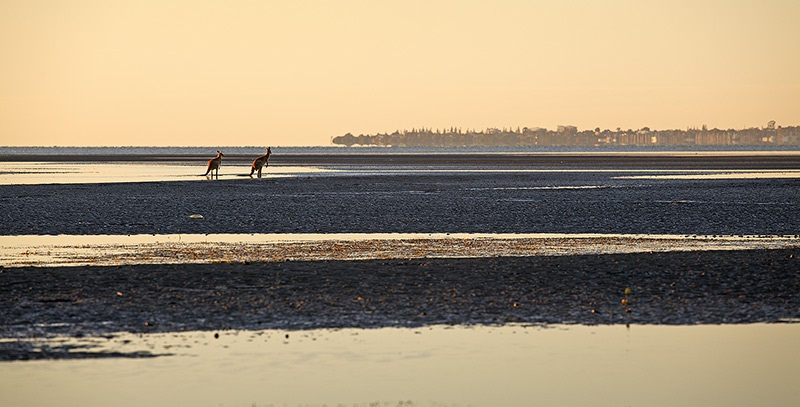