I spent a couple of nights at Kwiambal National Park in NSW last week for a spot of relaxation and fishing. Photography wasn't the main aim of the trip for a change but I couldn't resist getting the camera and tripod out for a couple of sessions in between bouts of inactivity around the campfire. Photos from an earlier trip to Kwiambal can be viewed here (just scroll down the page).

The Severn River flows right past the campground - it's easy to spend a couple of hours rockhopping along the river and exploring among the boulders and rock platforms that line the channel. I got up early one morning to do some exploring with my camera and this is what I found. 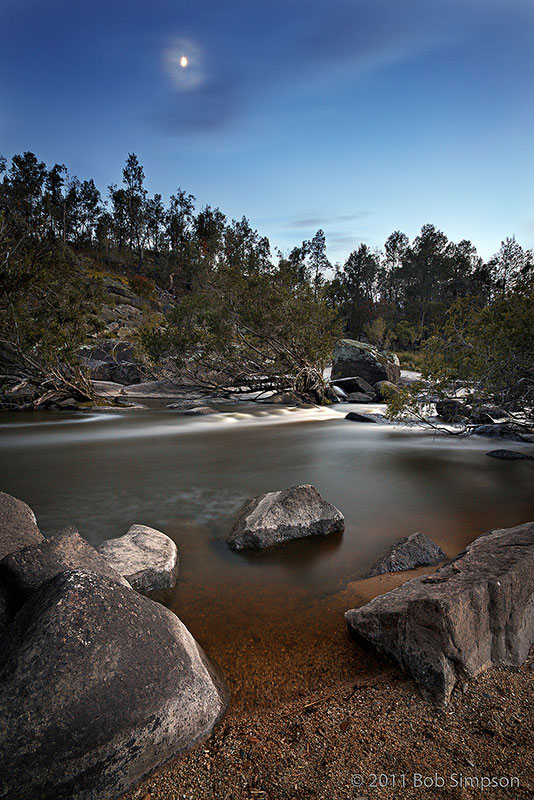 The photo above was a little exercise in low light photography – it was still dark but I liked the look of the moon hanging above the river, so quickly found a spot and set up my tripod. I framed the shot by torchlight, and in retrospect I would have been better off scouting the area in daylight to pick out a few possibly stronger compositions. The exposure time for the shot was about 3 minutes which has completely smoothed out the water movement, but it also turned the moon into a blurred streak across the sky. To get around this, I took a couple of much shorter exposures to freeze the movement of the moon and then blended the results in Photoshop. It's not the most interesting composition I've photographed, but I like the unusual colouring created by the moonlight and the soft look created by the long exposure. 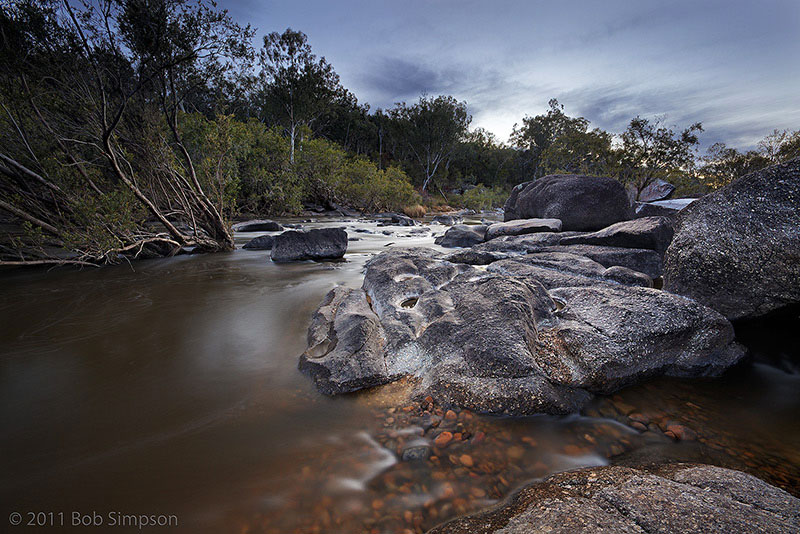 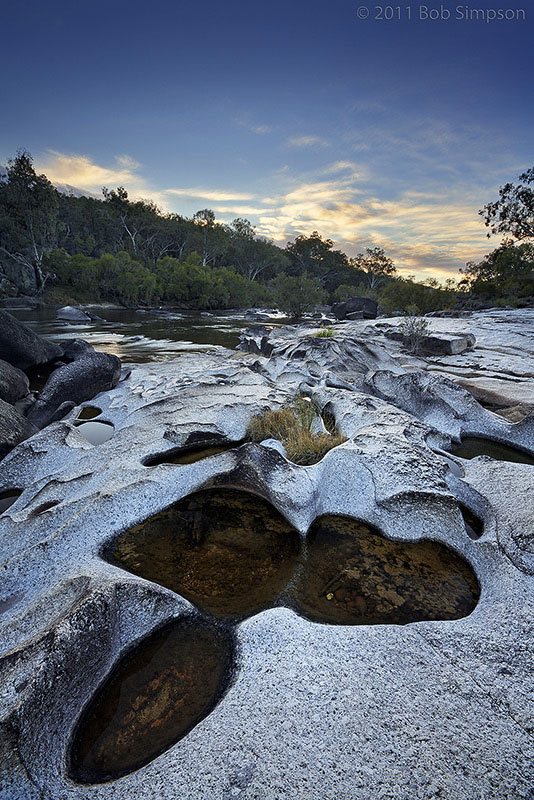 The colours in the morning skies were quite bland unfortunately but there were still plenty of interesting features to target. I wanted to use the scalloped patterns of erosion in the rock platforms as foreground interest, the main problem with this being that the most interesting views and compositions I could find were aimed directly up or down the river, which was also directly into or away from the sun. In a lot of cases, I prefer side-lighting for these sorts of images because it creates more interesting shadow effects and tends to produce bolder colours with more separation. But unless you have any control over where the sun rises, you use what is in front of you.

The ranger told us that the fishing for murray cod and golden perch can be quite good in both the Severn and Macintyre Rivers at Kwiambal. We had a bit of a try but didn't come up with anything, so I went back to the camera. The first photo was taken on the Severn River just in front of the campground, and the others are on the Macintyre River near Slippery Rock. The deep blue skies are partly a result of using a polarising filter, but it was also just one of those vivid blue-sky days that winter regularly produces in this part of the world. 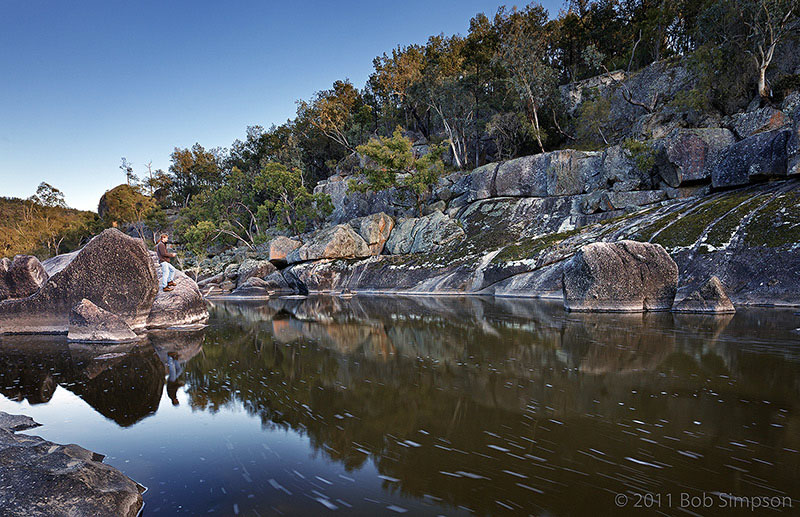 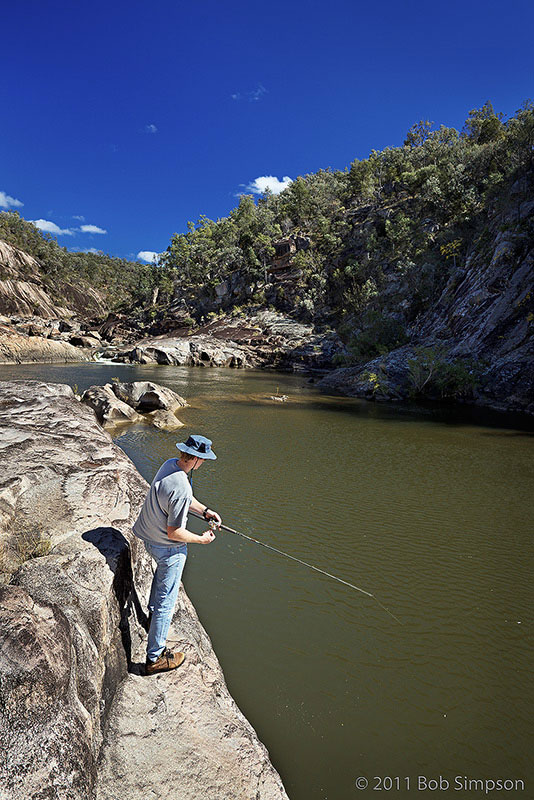 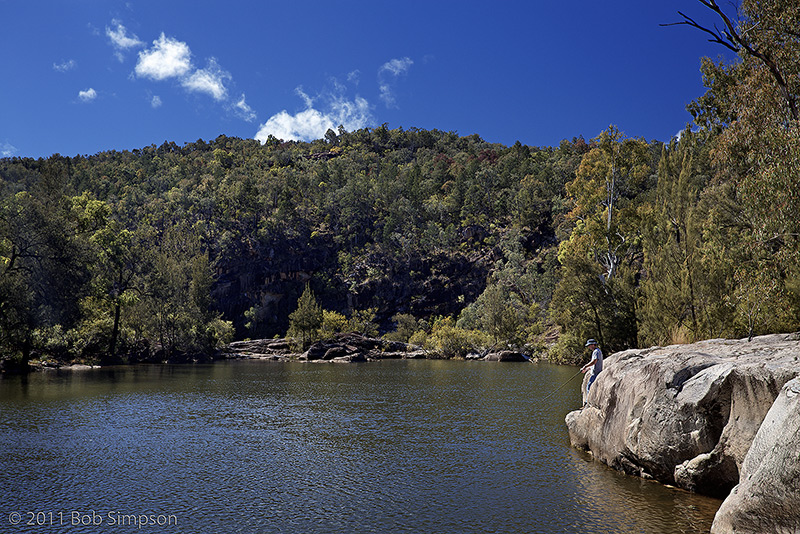 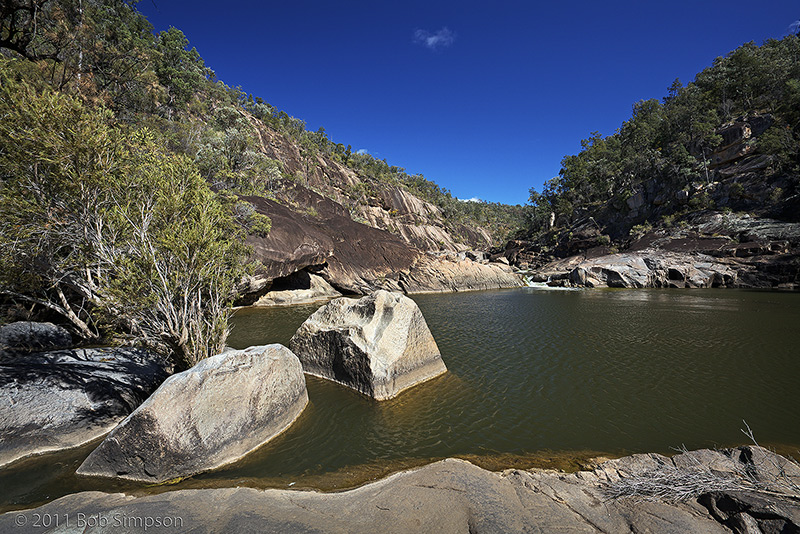 Here are a few new images from the foreshores around Sandstone Point and Godwin Beach at the northern end of Moreton Bay in Queensland. In the first one taken just before sunrise at Sandstone Point I included some overhanging branches of a coastal she-oak, one of the very common foreshore trees in this area. A slow shutter-speed has allowed some movement in the she-oak needles and given them a soft look which I think complements the peaceful mood of the scene. 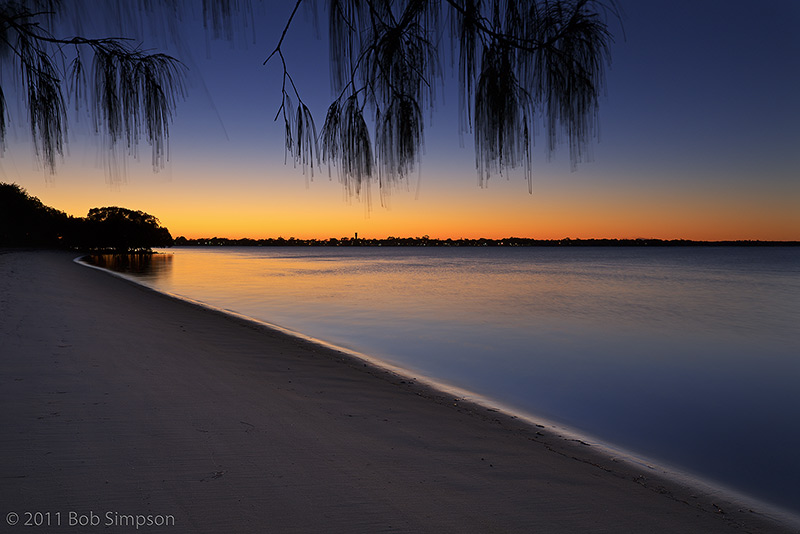 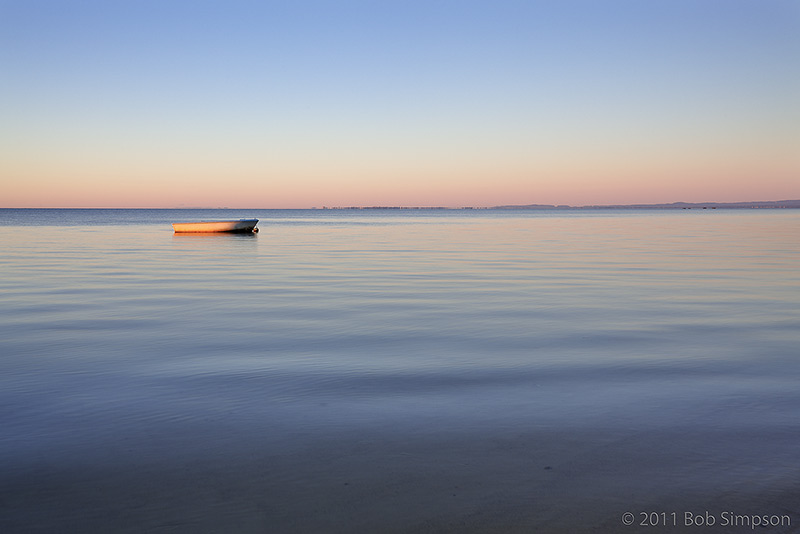 The exposed tidal flats near Godwin Beach make interesting photographic subjects. Apart from the patterns in the sand and mud created by water movement and burrowing animals, the overriding feature that always strikes me about these sorts of places is their broad, open expanses extending to the horizon. The quiet stillness of a tidal flat is something of an illusion though when you consider the billions of tiny animals living out their daily dramas in and on the mud. For a photographer, mudflats create some obvious difficulties - coming home dirty with your boots full of mud is a given, but finding a stable platform for your tripod (an essential for photographing in the low light of early morning) can be a problem - tripod legs tend to slowly sink in the mud so long exposures often come out blurred despite your best efforts to keep everything still. There isn't an easy fix for this - maybe extra large feet for your tripod would help - but it's something to be aware of, and it's often a good idea to take multiple shots of each scene to make sure at least one comes out sharp. 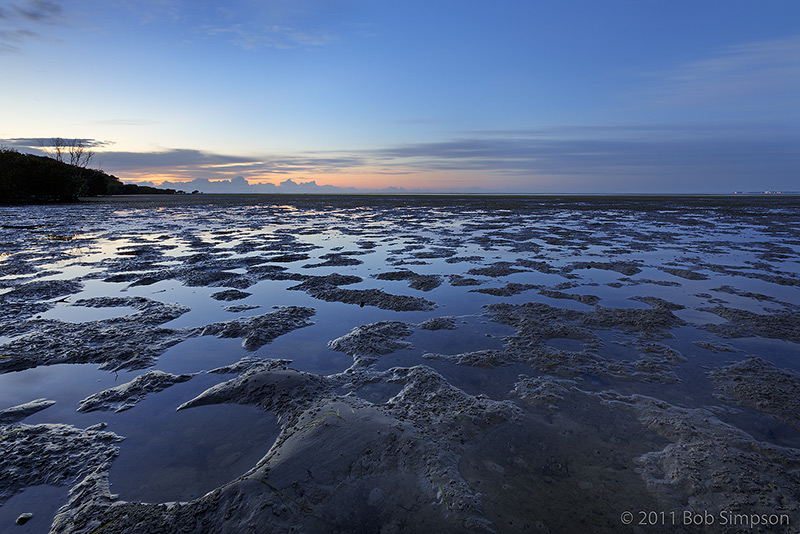 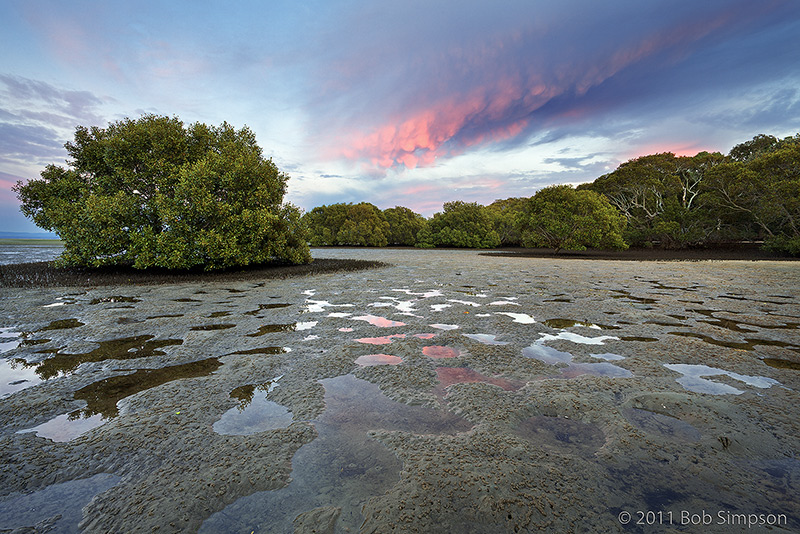 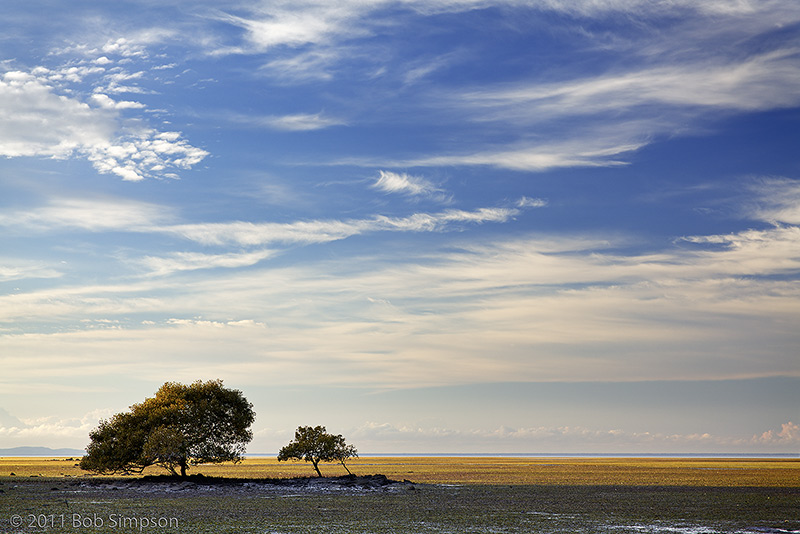 I'd hoped to spend some time photographing the rock pools and formations around the base of Iluka Bluff, but a big surf was crashing into the base of the cliffs so access was out of the question. I managed to get a couple of shots down at water level at low tide, but then climbed up onto the Bluff for some views up and down the coast. Salt mist from the surf made the views a little hazy but there were still some nice colours in the sky at sunset. 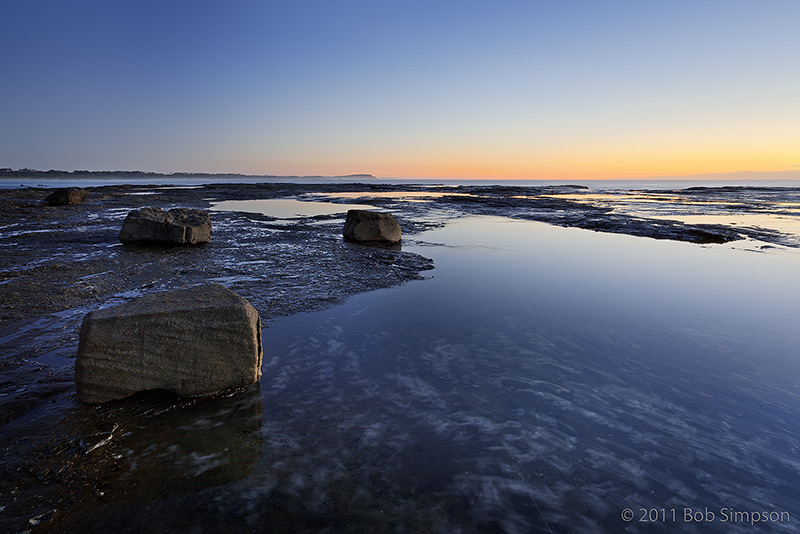 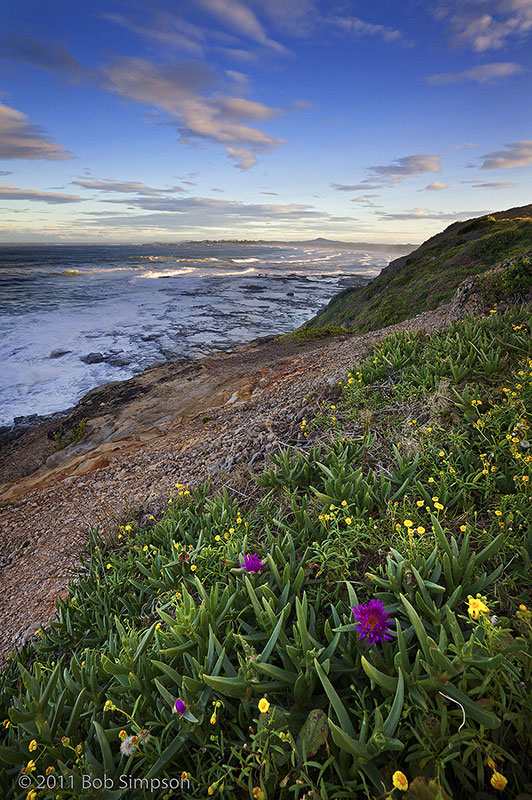 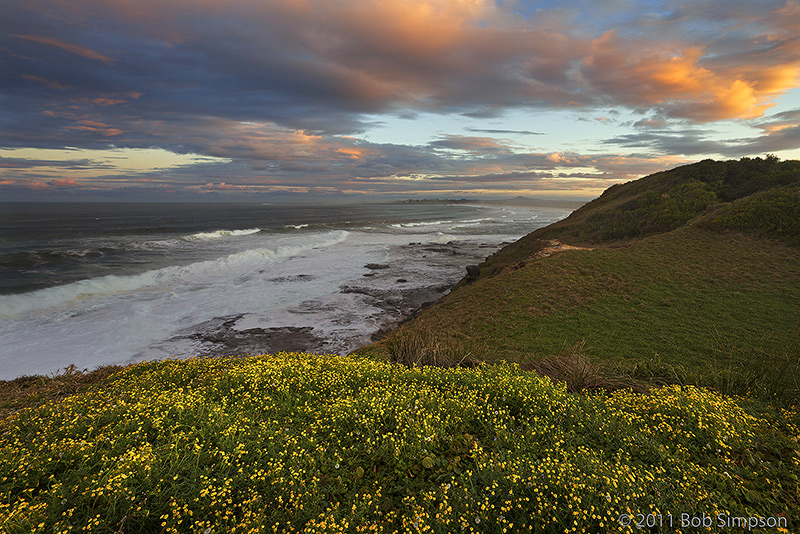 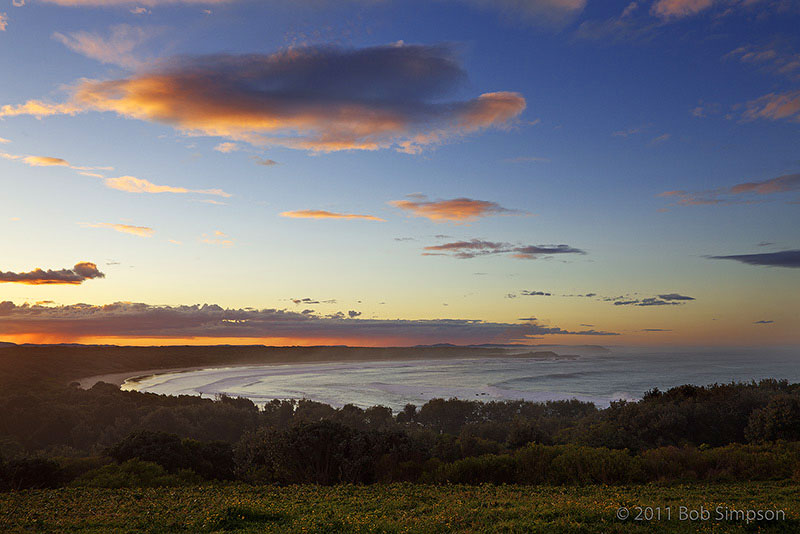 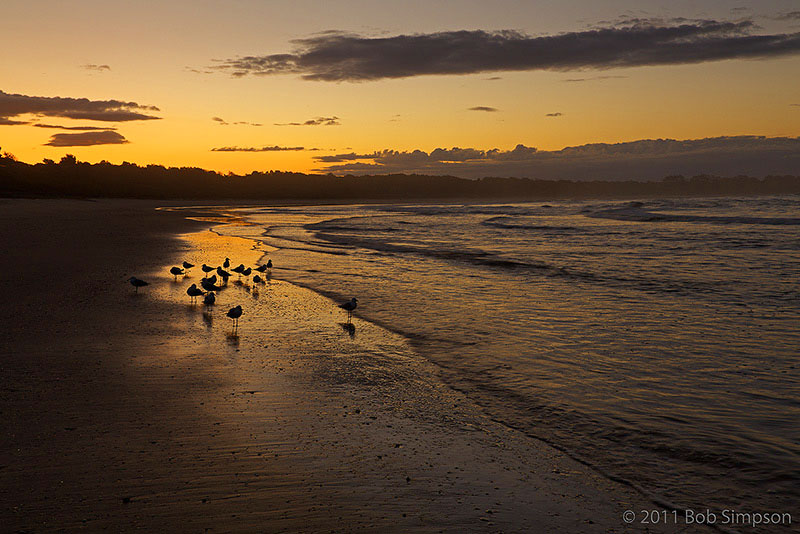 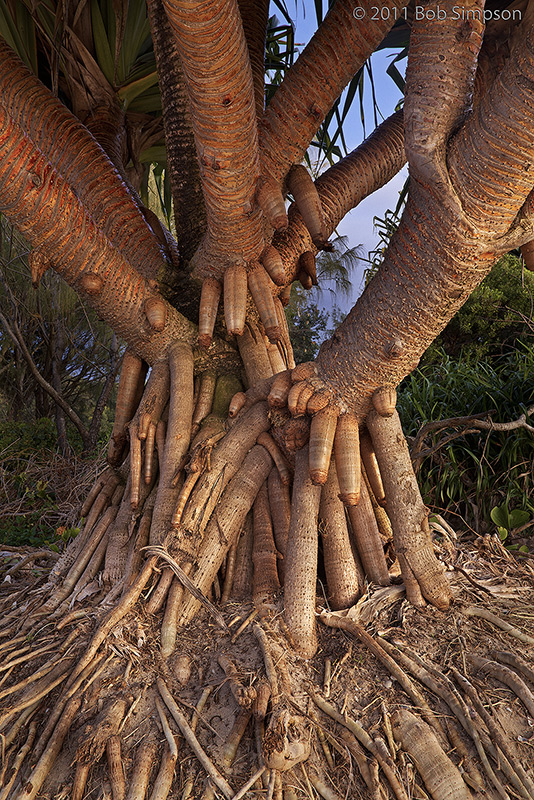 To escape the wind and salt I headed into the World Heritage Rainforest at Iluka to look for some more intimate shots among the dense growth. It can be hard to find strong compositions that convey the feel of a forest with wide angle shots so I tried to focus on narrower views of micro-landscapes that caught my attention. 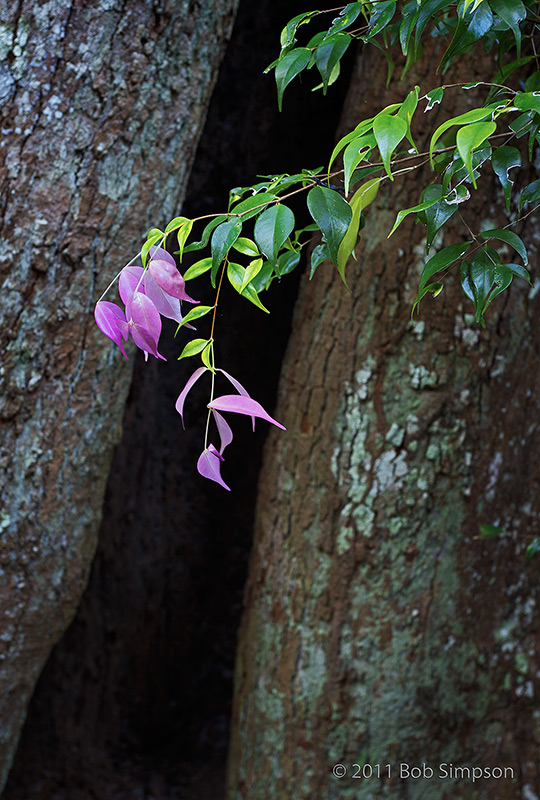 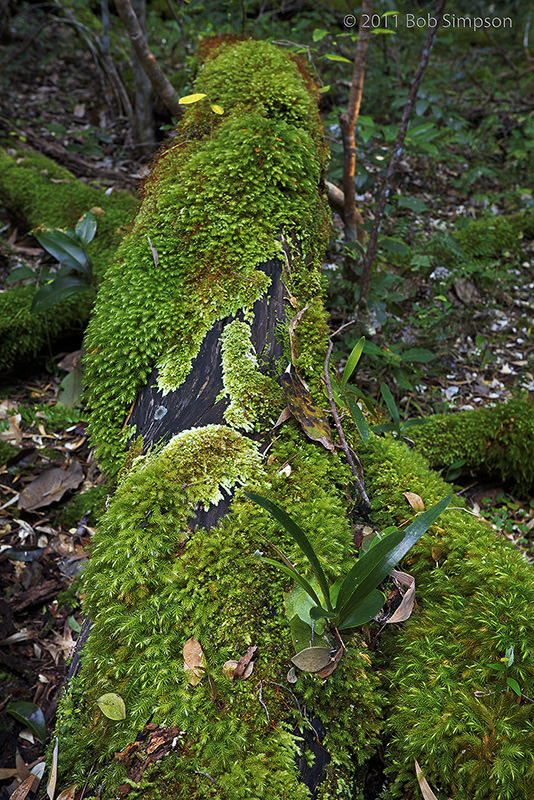