There has been lots more rain in this part of the world over January and February – quite a few of the National Parks and State Reserves I like to visit and photograph have been partly or completely closed since the floods in early January, and many of the dirt access roads remain off limits. That’s not such a big deal for me because I like to do most of my travelling and hiking in autumn, winter and spring – summer has a nasty habit of being hot and humid and not so conducive to outdoor photography to my mind.

I recently supplied a selection of my prints and canvases to a new professional office at Dayboro, just west of Brisbane. I’ve known Michael Ryan, the director of Gamut Consulting, for some years now and we share a love of the Australian outdoors. It was a pleasure to sit down with Michael and go through my collection to pick out a range of photographs that would give his new office the feel he wanted. 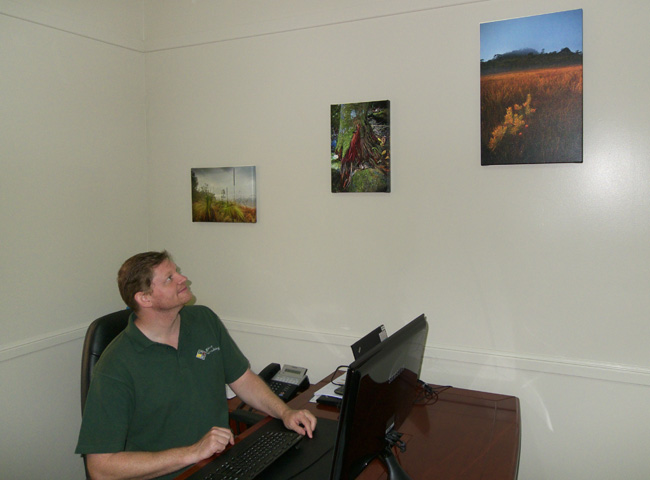 Michael hard at work at the Gamut Consulting office....or should that be, Michael dreaming about being somewhere else? 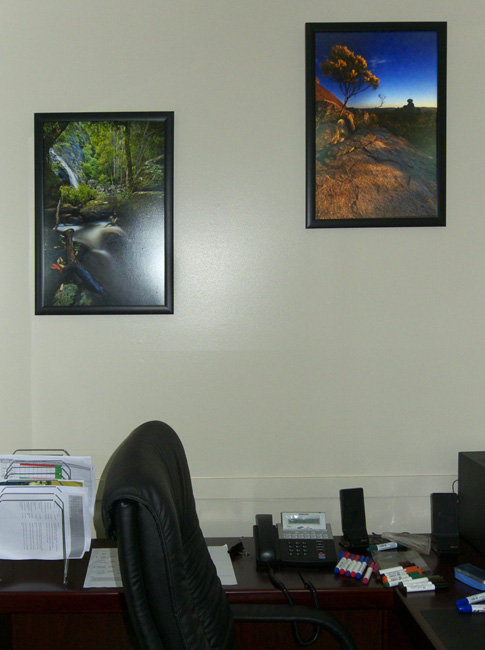 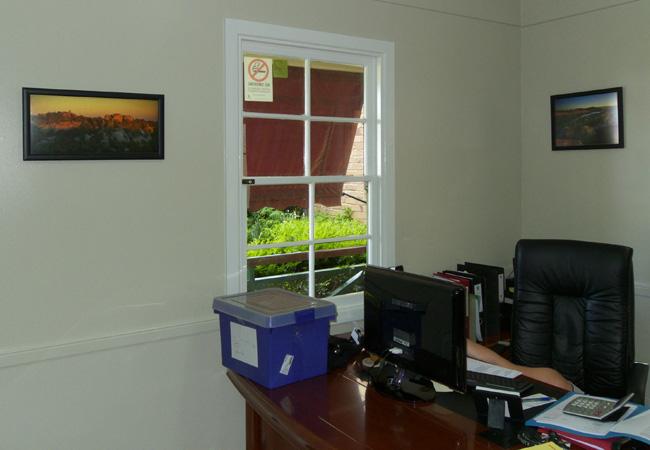 Two more shots of prints on display at the Gamut Consulting office. That's Crystal's arm in the second photo.....she hates getting her photo taken!

Bob Simpson Landscape Photography made its first appearance at the Bribie Island Markets a couple of weeks back – I’m hoping to make this a regular presence to complement the website, keep in touch with the local community, and also trial some new products. I am putting together a range of fine art greeting cards, postcards and posters that aren’t available on the website at this stage, but that could change if they prove popular at the markets. The markets are held at the Pacific Harbour Marina every Saturday from 6.30am until noon – if you’re in the neighbourhood, drop in and say hello. 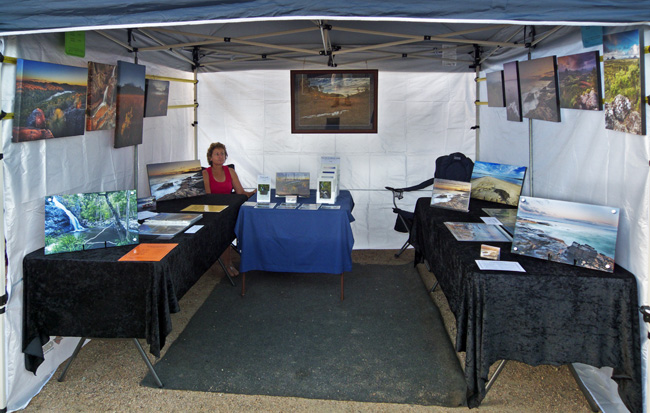 Lucy in control of the market stall. 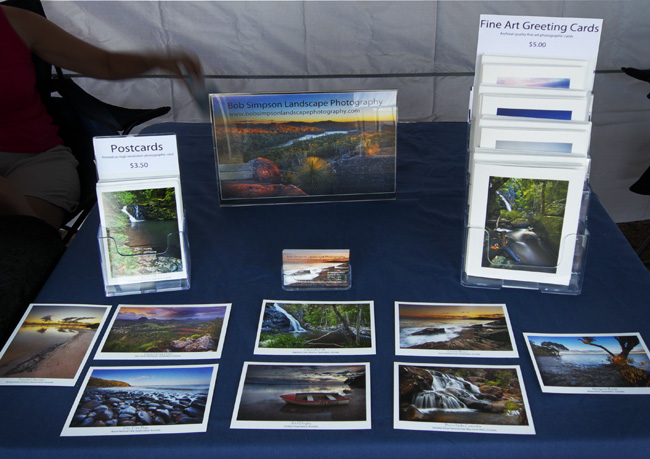 Some of the postcards and greeting cards on sale.

Two national magazines – Australian Photography and Great Walks – have accepted photography-based articles I submitted last December, and both should be published in the April/May issues. More on this when they are in print, and I’ll post both articles on this website.

That’s it for now.....bring on the cooler weather!